Snow was fluffy and light. We were dressed too warm for the weather. We had to loose items of clothing every five minutes. Vova M. played without a hat or a bonnet. But let’s go in chronological order.

We had more shovels than people, and by 10:15 all the snow removal was done.   We begun to erect the goals and sent Lenia G. to sent a message to the Group . Vova cleaned the largest area and Kolya P. use 2 shovels to push the snow out.

Around 10:35 we begun to play. We decided to play by Kevin’s rule introduced 4 week ago. We formed a 2×2 teams with Lenia G. switching for attacking team on every possession change. That was as hard as a pickup basketball. Extremely demanding and challenging. 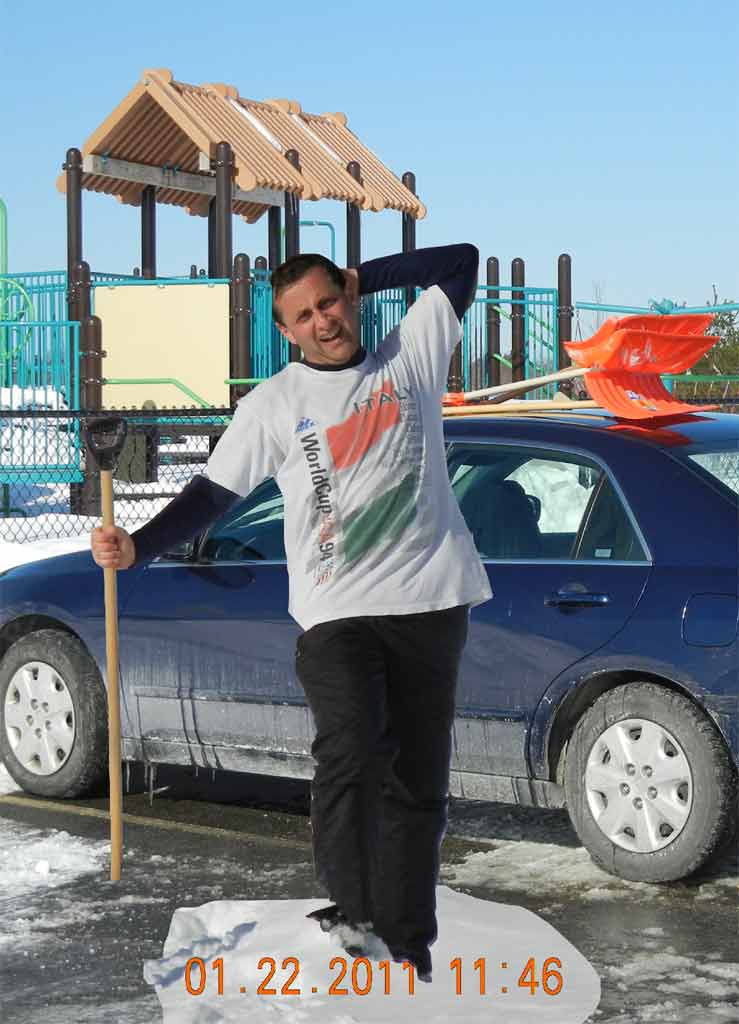 Most of the game team Kolya – Serezha (KS) was up by 2 points. They scored a lot on interceptions. But Vova and Alex (VA) were holding their ground. Game was very close, and we saw 11:11 and 13:13. By the final whistle just after 11:30am everyone was relieved to stop. Final store 15:14 for KS team.

Tomorrow should be even more fun, because we can further enlarge the field and accommodate 5×5 comfortably. It is like “bring-your-own-shovels” festival!