Some get it more of it. some miss it entirely. It was a tough power football today. No one complained, but our Fall 2010 champion Vladis Sh. had to leave early (at 10:56) because of powerful blow in a groin area. That was not pretty.  Chris V. had to switch for DARKs.

Two new players qualified today – 3 games in one month – Ivan (who from now on will be known as Drago) and our famous goalkeeper Alex B. We are quickly approaching an honorable one-hundred-members mark.

Very slowly we collected 11 people, but for the first hour we were evaluating everybody’s contribution in size of his (or her) shovel, not in soccer skills. We enlarged the pitch today by several yards in two directions, and today finally it felt more like a tennis court. 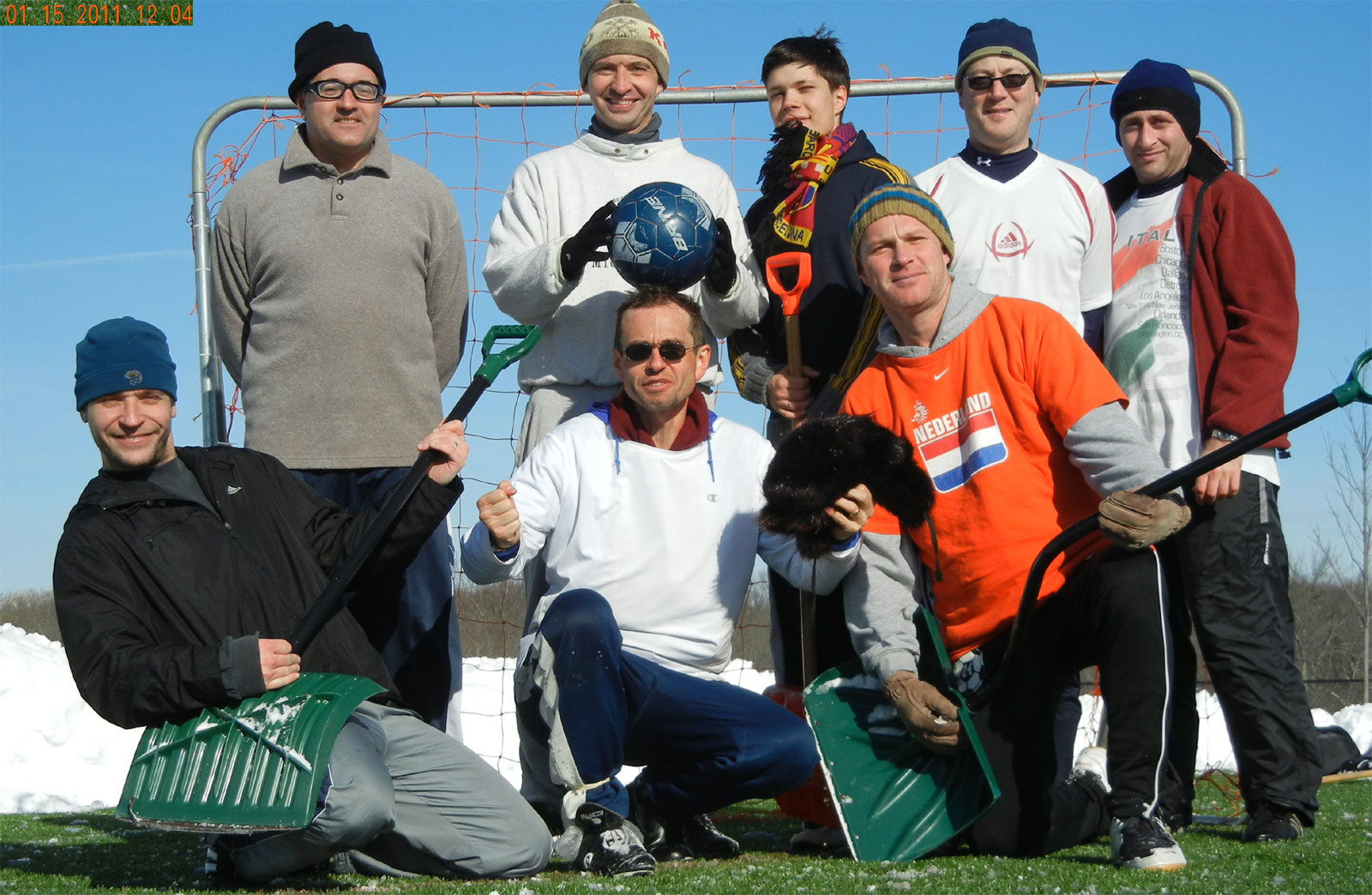 We are expecting some melting and rain on Tuesday.  Hopefully green will grow and snow will keep disappearing.   Meanwhile, here are all 37 players who played in 6 weekend games: