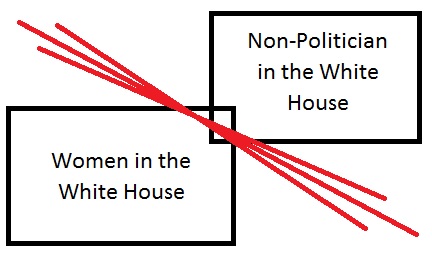 Did you notice that when you argue with a person of other denomination you often think that they speak of strange, irrelevant, even wrong things? You hear arguments, and ideas, and event terminology that is irrelevant or inacceptable to you. At least that was my experience. During pre-election coverage and discussions, I noticed the same tendency – supporters of opposing candidates were bringing up ideas, and concepts and words that are meaningless and irrelevant for the other side.

This year election was more of a religious experience than of a political choice.  On Democratic side, we heard words like racist, misogynist, Muslims, hate, lunatic etc. All these words were completely irrelevant for Republicans, just like in a religious argument.

On Republican side, we heard words like illegal immigration, wall with Mexico, jobs, being fed up with corrupt career politician, creating positive climate for businesses to grow and prosper, fighting just and not purely greedy wars outside.  Again, all these words and concepts felt completely empty and irrelevant on Democratic ear.  All these words just triggered the same automatic responses: clown, hater, incompetent, failure.  Exactly like in a religious discussion.

And before election we had very little real discussion between different factions.  Seemingly Internet connected everybody with each other, but Facebook and Tweeter created isolated communities within a global community.  Did you notice that if you get all your news from your friends and connections on a Facebook, you are limited to your circle and your preferred news and links?  That is why this time there were even less place for a discussion and attempts for understanding.  American society made it a bad tone to discuss politics at work or at school.  So, no political discussions there.  Where else would you discuss candidates? On a date?

I think that is number one reason that final election results had such an explosive effect on people.  Prior to presidential election, Democrats voters were smitten by the idea that women finally would be a President after Obama. Some were just a bit ashamed of the scandals, and emails, and illicit money transfers, but majority would not even want to hear about it.

And Republicans lived and dreamed about the day when businessmen would enter Washington and start draining the murky swamps. And they were willing to look the other way to the flamboyancy, and poor choice of words, and previous bankruptcy, and non-disclosed taxes.

For both sides the choice was so clear and obvious, that it did not require any further discussion.  Who can possibly say no to a first women as a President?  We will be talking to our kids and our grand-kids and saying that we made it possible.  On the other side of the spectrum, who can possibly say no to darning the smelly swamps of Government, and winning our great country back again?  For both sides the answer was obvious – no one sane would.

But on top of close-to-religious experience for both sides during this election we had another phenomenon.  Shocker came as country did not know the real picture till the very late night hours on Tuesday, November 8, 2016. It appears that both sides were strongly surprised on that night.

Conclusion: By choosing a NON-politician for White House, Trump supporters hope for a change – less taxes, less programs, less wars.  All other election noise was just a method to get heard.

Next, let’s look at possible reasons, why no one knew the real balance of power on election day.

Russian hacking? – No. Putin aspired to help, but “NSA has moderate confidence” with a fake seal

Hurrah!  Russian hacking report is out, and now we finally learned that “Putin … aspired to help President-elect ..”, however “NSA has moderate confidence” in that statement.  Good intelligence work! Putin just ASPIRED something  and now we reading about it in a long-awaited intelligence report. It would be probably cheaper to buy any newspaper in […]

Learn from Donald Trump skills of handling the press (по-русски)