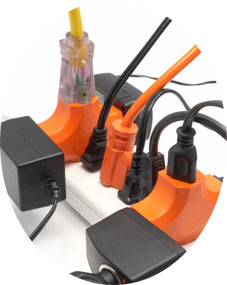 Idea – Reduce Noise, Save on Electricity

My electric company installed an electricity consumption gadget, and ability to monitor usage online. A few month into the experiment I realized, that I can easily reduce electric usage, if I turned off my server. It is been over a year since I migrated all my sites to Amazon cloud, so now my server only needs to be on, when I need it on. All the nights and 90% of all work hours it can be off.  But how to do that?

I recall seeing something in BIOSes of Intel motherboards called Wake-On-LAN.  First time I saw something like this was in May of 2007.  I remember I just bought all the parts for a new server, and I was configuring this new Intel motherboard. And then I saw that option on all later models.

Now, 4 year later, let me check, what is this feature for.  May be I can keep my server down most of the time, and only turn it on upon my remote request?  Is it possible?  If it is, it would mean running a 500W power supply only several hours a week, instead 168 hours each week.

First discovery was that it is very easy to do a remote start. Just download a command line utility from (high marks!)

and create a one line CMD file for each workstation that you plan to wake up (see example later).

Do not bother with graphical utilities. True permanent solution includes creation of a shortcut to a batch file that you can execute with one click, without entering any values or parameters.

A Little Secret that Clicked

All the hardware configuration and software configuration on a workstation already covered many times on the Internet.  What is the salt of the matter is an IP address that you use on your router to transmit a wake up packet onto your local network.

That is it.  That is a secret.  Every other steps you can find on the Internet somewhere.

To create your Wake up batch file use this well-documented syntax:

Here is a recommendation for picking the port. It is only logical to pick a port previous to your RDP port.  Say, you already open port 8080 to run TCP traffic for your RDP sessions.  In that case open 8079 for UDP traffic to do your waking up.

Please let me know, if any router allows utilizing just one port for both wake up and RDP.  It will be cleaner and more secure.

This works for both powering up and waking from Sleep or Hibernate.

Only one port is needed to wake up any wired workstations on your network.

This technique doesn’t work to wake up Wi-Fi  machines.

If Wake-Up doesn’t work from one of your PC(s), examine protection settings.  In one instance, I’ve notice that a rule was created in McAfee SaaS Endpoint Protection 5.2.0 to specifically block application WolCmd.exe.  You have to “Allow” this application to run.

It is important to understand that with machine shutdown, your scheduled scripts are no longer running.  You have to take extra steps to perform backups, data synchronizations, Windows updates and similar.

To shutdown your remote machine your should use RDP:

On XP or Win7 you can use Ctrl+Alt+End.  That will send a Ctrl+Alt+Del to your remote machine.  From there you can access Shutdown option.

To shutdown your local machine (on your LAN) you can use this command in XP:

Windows 2008 Server R2 will not respond to a shutdown command from an XP machine.  I would look into this for more details (http://technet.microsoft.com/en-us/library/cc732503(WS.10).aspx)

Several years I had this problem in one particular instance of Windows XP Professional – an extremely slow shutdown upon clicking on Shutdown button.  For several minutes system would completely freeze, and then Shutdown/Restart dialog box would finally come up. What did I know about the problem.  It was extremely […]

What is Wrong with Home Server? After a RAID drive hiccup on my local Windows 2008 Server, I was more inclined to consider an external hosting options.  And one of my friends already uses Amazon hosting for at least 4 years now.  So I decided to invest some time to […]

Everybody wants a shortcut for PS Sleep to save time on clicks. Instead of 3 clicks Start – Shutdown – Sleep every time, let’s have just one click – Sleep. There is a way to do that. Please tell me, if this also works in Windows XP. […]