It was a very low-scoring game.  As good as a real thing. We loved it.     The weather was so warm and fantastic, that is deserves a place in a record book – and December is just around the corner.

More and more people are commenting on our new pick-a-team system.   What we hear:  “It seems fair and simple”.  Today’s “champions of the people” were Christof and Giorgi.

Yura D. (10:08) scored directly from corner to equalize.  Stas M. helped the ball a little bit into the net.

DARKs had their moment in a spotlight, when Giorgi punished defense (10:40) and Clive took care of things nicely (10:45).

It was now 2:3 for DARKs, and it didn’t look particularly well for WHITEs. 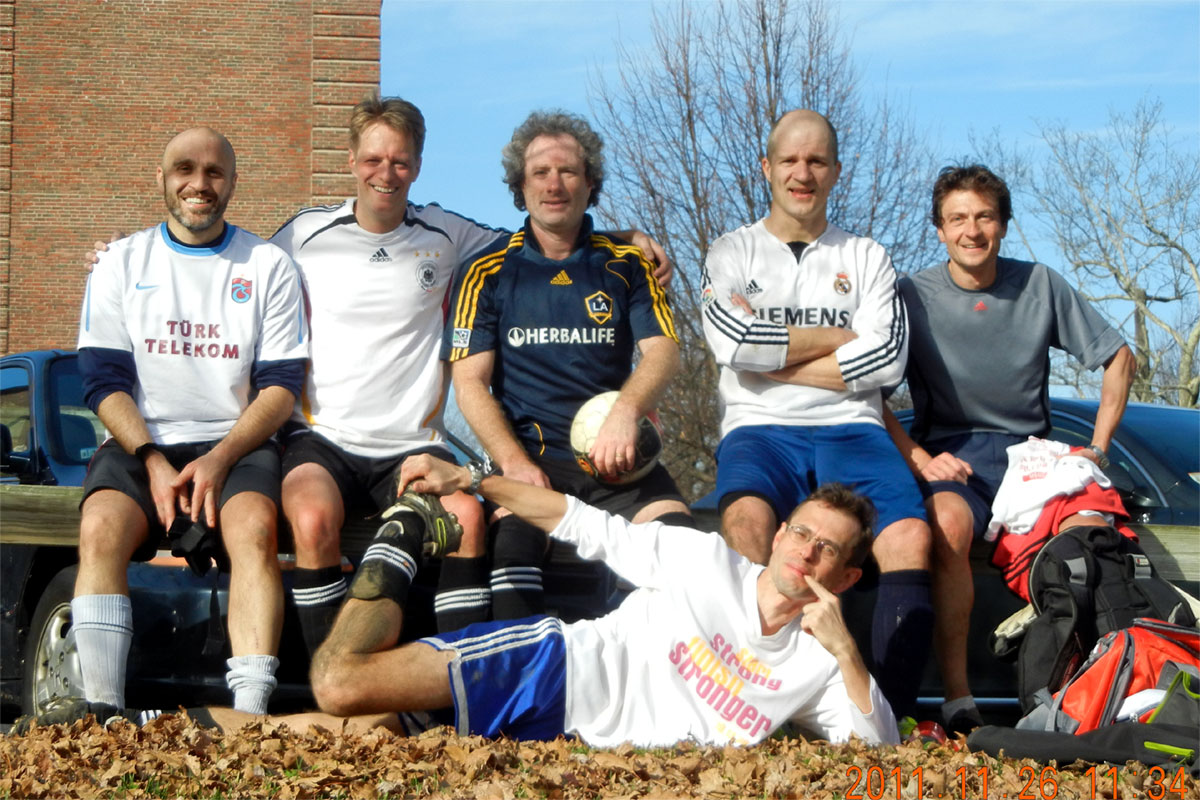 Now imagine next 25 minutes of fighting.  Matt catches rebound from the post while on the ground.  Oleg blocks killer shots using all body parts.  Pawel and Christof have sure moments in front of the goals.  But it doesn’t go in.  Nothing works.  Vova – Giorgi link is broken.  Cüneyt is isolated and alone.  Ilya tries a couple of late break-troughs.   Nothing, nothing works for both teams. 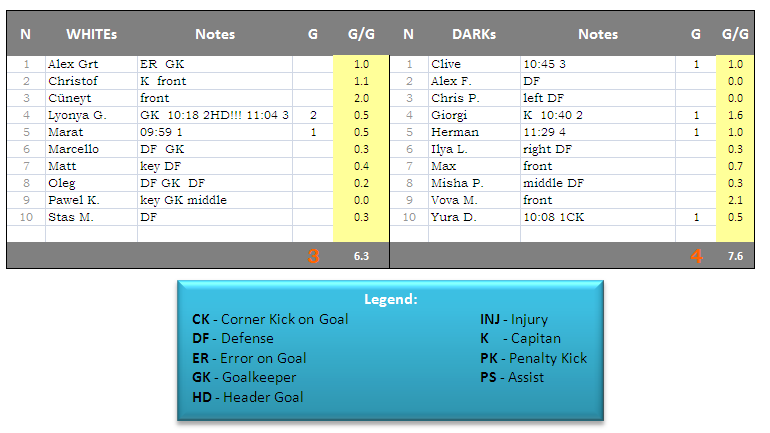 11:29.    It was time to go anyway.    Everyone was exhausted. Clive’s friend Herman (from Barbados) sent a high ball over the goalkeeper’s head (and against the low hanging sun), and it is all over.  Ball lands into a far  side of the net using a very unlikely trajectory.