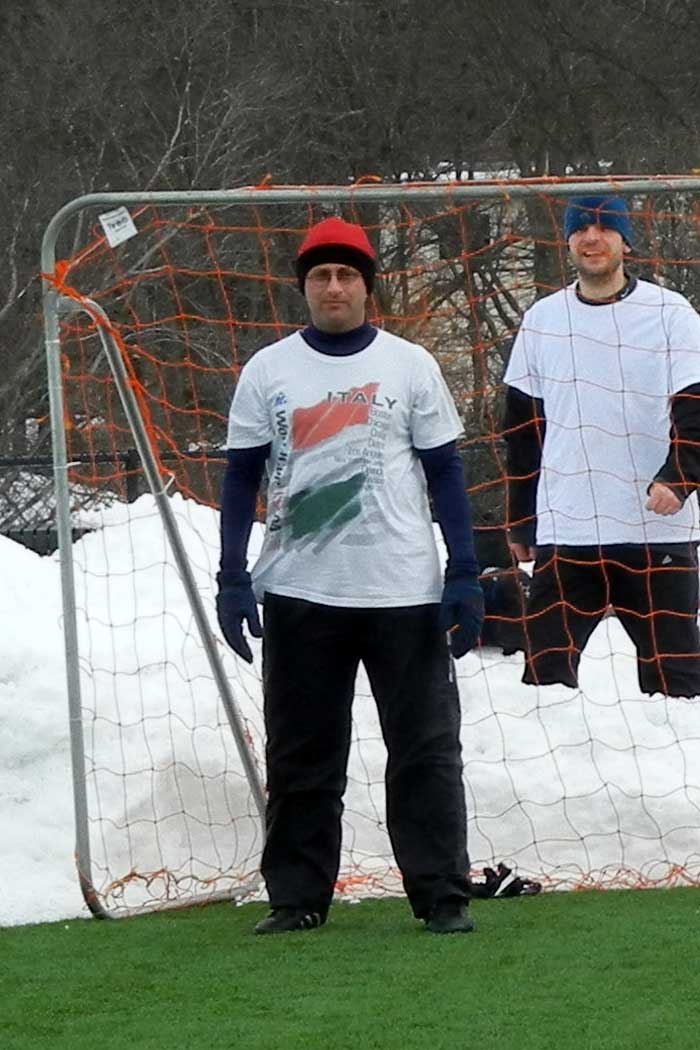 It was almost a 2-hour marathon once again.  We started in an Ice age, and we finished in a warm nurturing sun light.

Team picking is a complex endeavor. So much so as we might consider to reward a good Captain-ship.  Grisha Rom. suggested today to award an extra point for picking a winning team, and deduct a point for assembling a loosing team.  This of course should be done, if both captains agree before the very first player is picked.

To his point, he did pick Arnaud to strengthen defense lines, but due to a counting error DARKs lost him at the last moment.

We started at 09:33, and at 09:34 Kolya N. already scored, assisted by Matt, who directed the ball above the goalkeeper.  Total Matt assisted on two goals.  One from Kolya N. and the other as a deflection on Marat‘s shot.  It means he was in the thick of the battle.

At 09:56 WHITEs score goals number 4.  We know that it was a third assist from Boris R.  But the name of the hero, who scored the goal is not recorded.  Goal is counted for Victor, but this can be disputed.

09:59 Score is 4:2 for WHITEs. Vova M. scores  a beautiful header (pass from Marat).  However goal is disallowed due to a prior game stop.  This one unfortunate event could have changed the flow of the entire game. 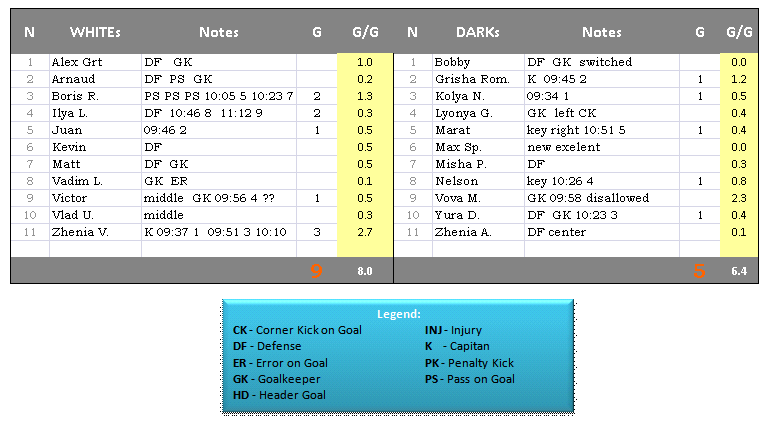