Who knew that a lonely call on Yahoo! message board from Lyonya G. could draw an “11-people response”.  And we did  it –  we had a wonderful game.

People from Soviet Union, Barbados and Albania met in a friendly soccer game near Boston, but just a short 20 years ago both Communist governments were strongly opposed to such meeting on a capitalist grounds. 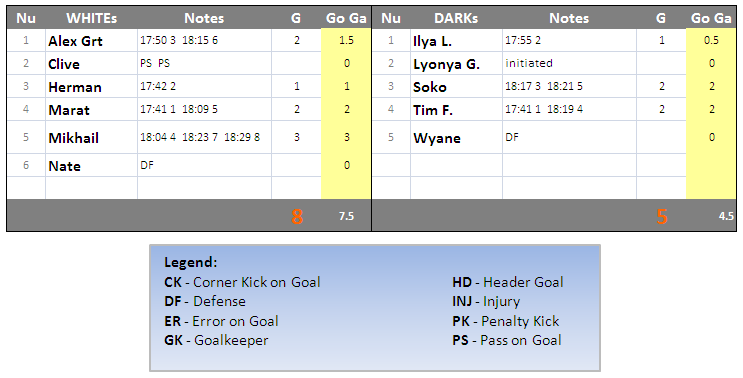 And today there is a 100% chance of rain.  So it was a great call to play yesterday – Thank you!