We started at 09:34 on a small field next to tennis courts.  Teams seemed well balanced and almost even.

At 09:50 Zhenia V. “opened the bottle” with a pass to Alex Z.  The pass never reached him.  Instead, Vladis Sh. expertly drilled the ball deep into the net – 0:1 for DARKs.

Next 4 goals were for WHITEs.  Main assets, who showed their true colors were Grisha Rom., Kevin and Vladis Sh. again, who uncharacteristically played upfront this time.  Now WHITEs had a 3 point lead at 10:41. 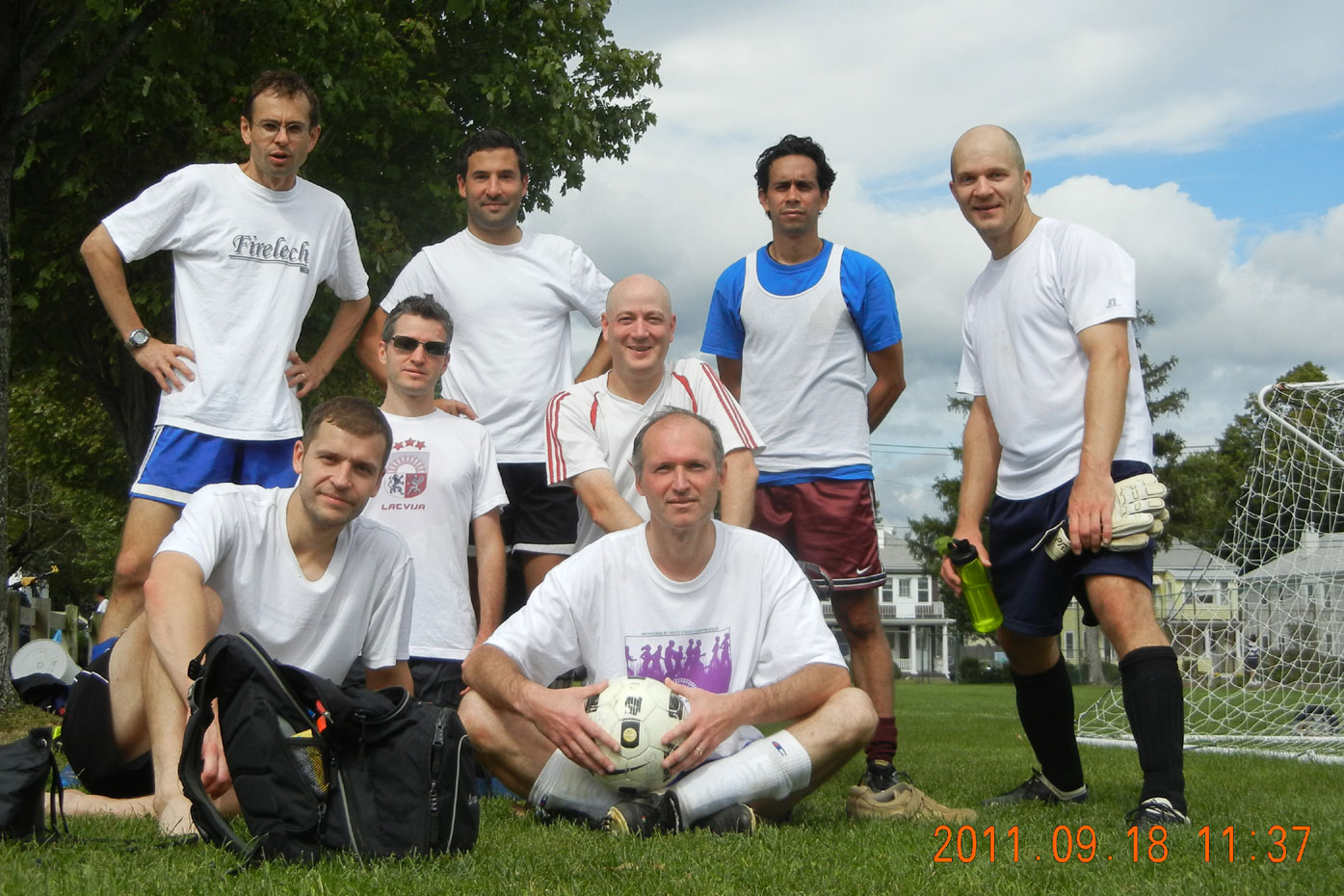 Score froze at 4:2, when Alex Z. took over the DARKs goals. Everything was in vain. All shots were blocked.  All passes covered.  Everything was hanging on the tipping point. So, what about Nelson?  He was omnipresent.  He yelled, he supplied key passed and advices.  He diligently returned to defense.  He ruled the game.  Very impressive.  Who can blame him for showing a little glitter in ball handling?

47 players participated in 4 Fall 2011 games, but only 22, who played 2 games or more are shown here.  Note a stunning 8 point distance between top and the bottom.  That can only be explained by a rare alignment of start in the skies.