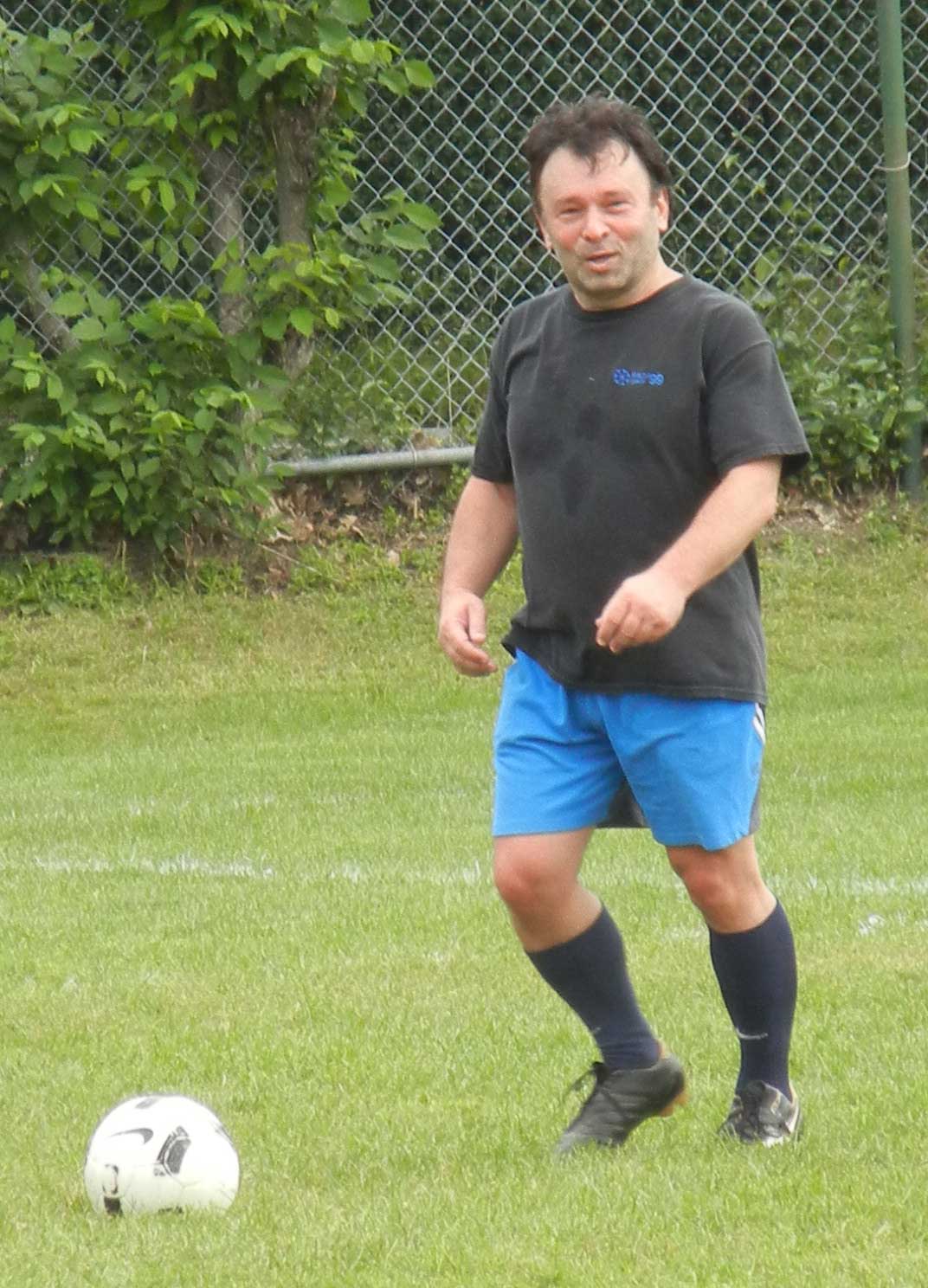 For the rest of the hour, teams played a cozy 9 on 9 game.

Nebati started very strong with 2 passes, perfect goal keeping and a goal.  It could have been 3:0 for WHITEs, if not a 2 very similar, very funny, very silly goals on Lyonia G.  When something like this happens, I always say: “If you are so smart, you go ahead and you stay on the goals.”

That is the problem.  No one wants to stay, but everyone have a “wise advise” for a goalkeeper.

It turns out, WHITEs scored their last goal at 18:31.  That was it.  All the rest were a fuzzy attempts to pass, to kick, to dribble.  Nothing worked.  Nothing clicked.

DARKs, on the other hand, just continued to scored avery 5-7 minutes, and their goals were smart and intelligent.  Completely open Pawel K. received a good pass, stopped, took an aim, and goalkeeper was not able to react, despite good intentions.

Dennis P. received a striking pass from Victor, and sends it in without delay. 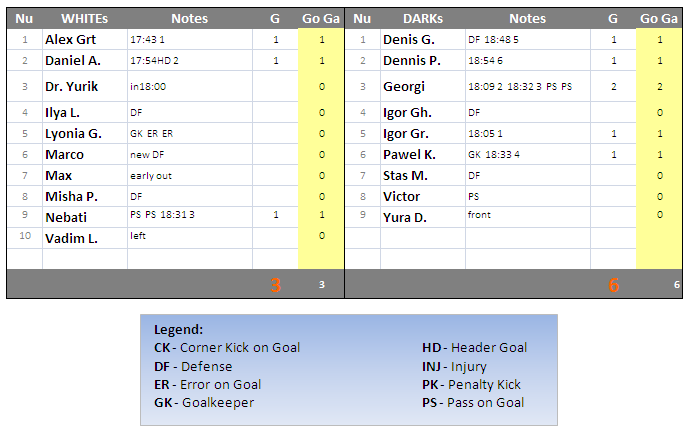 The game itself was very interesting and engaging.  We need to begin earlier to play longer.  How about 17:15 next time?

We stopped at 19:04 with darkness slowly falling all around us.