DARKs needed one person and Dr. Yurik made a faithful switch at the last second before the game.

WHITEs had no hope now. They had to play against Sasha L., and young Danis and Lesha Zh.

But fate is a slippery thing.  Very quickly Danis injured himself, and Misha P. entered in his place.

Nothing worked for DARKS, and everything came together for WHITEs.

With only 7 more minutes to play both team scored 2 more goals, but the distance of 5 goals remained. 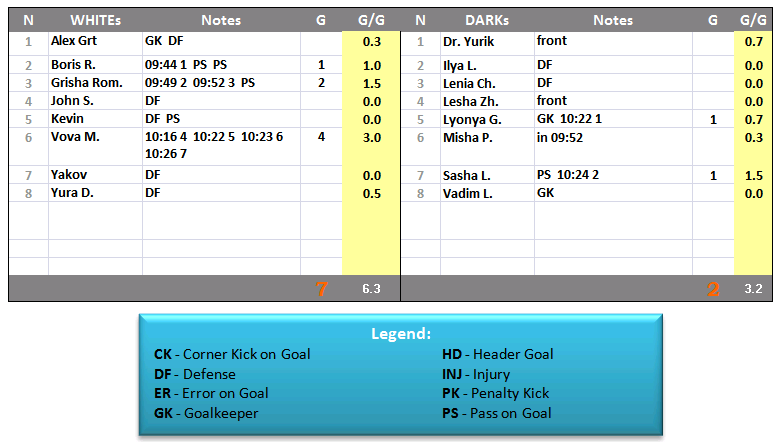 The second game was 12 on 12 on a large goals, but it was unofficial.  Let the record show that Lyonya G. scored 2 goals and gave one pass to Sasha L.  Also Marat scored in the very very corner of the net.  Overall store was 9:5 for WHITEs, but gave was a tight 5:5 till the last 10 minutes.