WHITEs opened the score with Cüneyt scoring on Lenia Ch.  Bur DARKs quickly gained traction and were ahead 1:3 (10:02).

It took WHITEs a while to pull themselves out of the whole, but they did it.   Very slowly and patiently Kevin started to link events in the middle, we saw Sasha L. exploding with a series of “left footer” goals, and defense were holding up with Arnaud on goals. 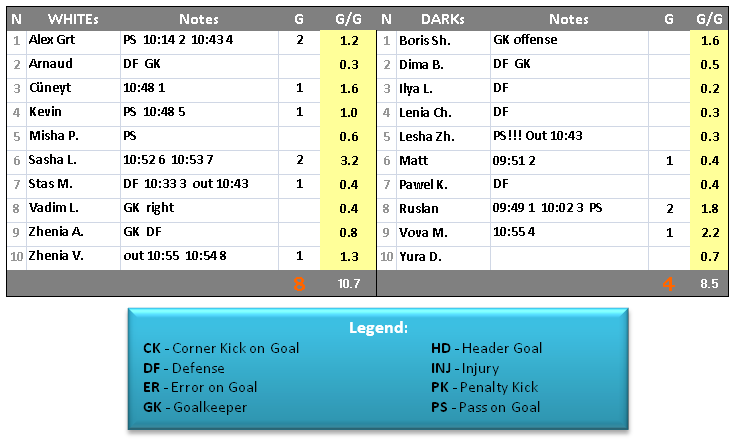 Goal number 8 for WHITEs is not recorded.  I assigned it to Zhenia V.  Please advi

It was a very physically demanding game.  Only 10 players stayed after 11:00 to play 20 more minutes, and here Vova M. bloomed with all his skills.  That unofficial games ended 5:3 for DARKs.

With only 3 games left in the season, it will be hard to catch up to the leaders.