Game started very late today – only at 17:59.  Georgy scored before goalkeeper even had a chance to put his gloves on.   The goal was qualified as unethical, and it was permanently scraped from the record.

In only 8 minutes score reached 6:5.  Now the game re-started with a new vigor.

At 19:21 Clive equalizes the score (7:7) and Eddy switches for WHITES to equalize the teams.  For the last 20 minites of the game WHITEs played equal teams – 9 on 9. 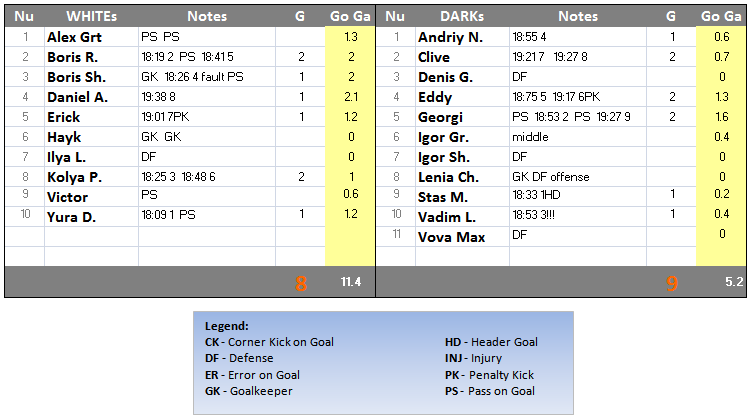