Today’s game was all about Serezha vs. Roma.  They both came late and WHITEs got Serezha for Vadim and Roma. Game was very long – over 2 hours long, and it was a game of longevity.  And WHITEs won on a sheer determination not to give up.  All the time DARKS either were up by one point or it was a tie.  All the time the last gaol seem like the very last goal, but game just kept rolling, because the weather was beautiful, and turf was reasonably toxic, and passions  were running high.

Around 10:40 a new Mario entered for WHITEs, but they immediately allowed one goal and were now trailing on the scoreboard by one point.  However, as beginners luck has it, Mario ultimately scored 2 good-looking goals, and that might have been a factor in the final score.

11:29 – 3:3 – A hand called against Igor P. Mario scores again. He showed a lightening reaction after a shot from Serezha turned into a pass and Mario redirects the ball with his “back” foot.
11:40 – 3:4 – Juan – individual break through on the right and miraculous goal! 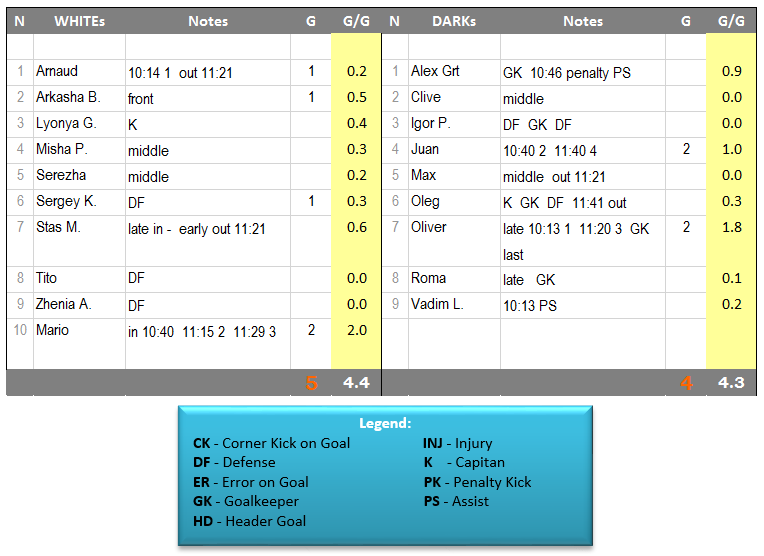