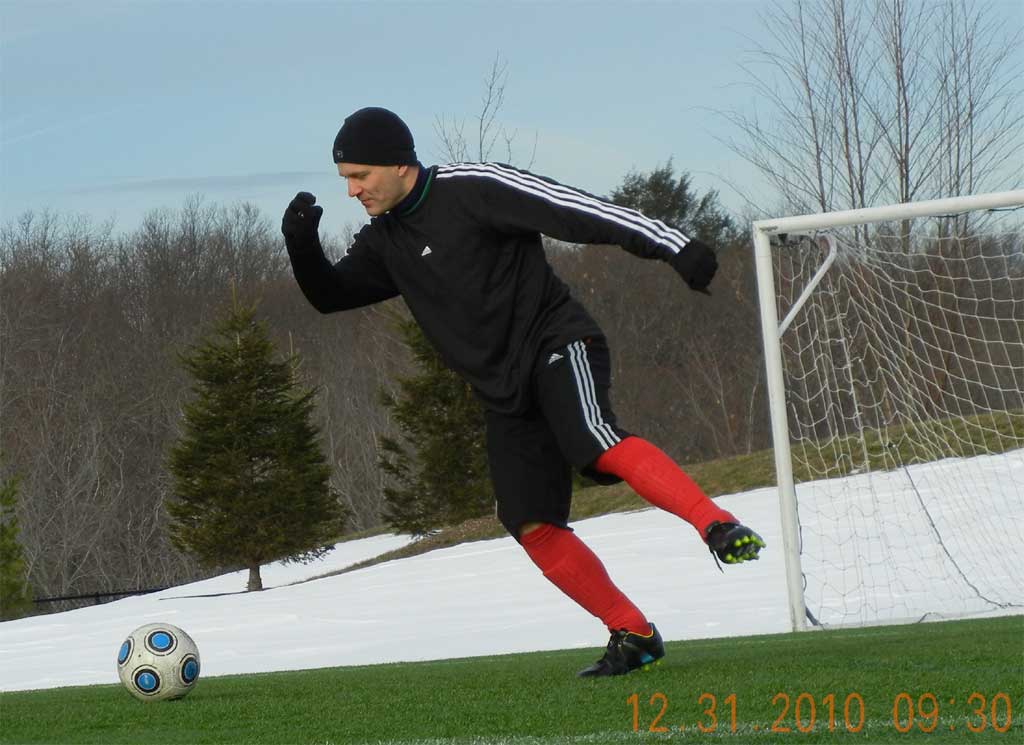 At 18:06 it was so early to leave, but it was so dark to play.  We arranged the cars in one line on a parking lot, and turned on the lights.  We places the goals in the lighted area, and game continued till 18:41.

DARKs were ahead 1:4, but lost their steam after Mike R. arrival.  The daylight portion of the game ended with 7:5 for WHITEs.

In the second half, it is hard to tell who exactly scored the goals, because we saw mostly the ghostly shadows of the players, but we know that Georgi and Pawel K. and Vadim L. scored some goals.  The final score however is pretty exact.

The total goal count at 18:41 was 15:12 for WHITEs, but exact distribution of goals are not recorded.