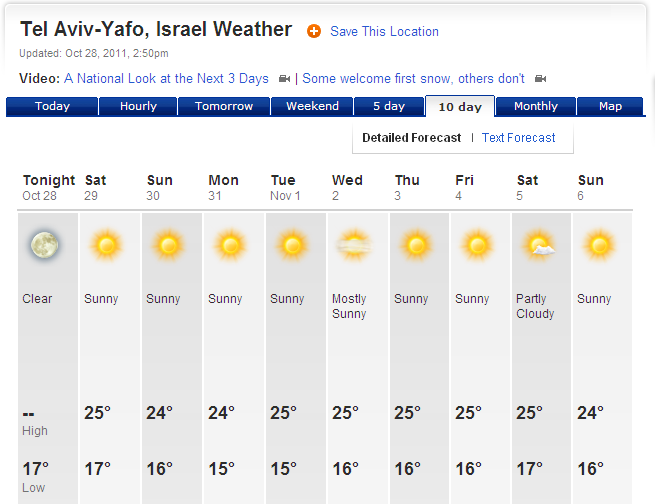 Tomorrow’s game is in real danger now.  Look at the terrible weather that synoptics are forecasting for this evening and  Sunday morning.

Who said that November is a dull time.  It could be the best time of the year, if you at the right place at the right time.

As it became a good tradition, first we picked captains.  This time it was Georgi for DARKs and Cüneyt for WHITEs.  We started on a normal set of goals, and WHITEs were immediately loosing 0:4.  Then Marat arrived, and now both teams had 8 people.

By the time girls arrived (10:14) it was 2:4.  Now we slowly reluctantly switched under Lyonya G. wise leadership to a largest set of goals with orange nets.

Cüneyt actually took a captain position pretty seriously.  He began to organize very gently the team efforts in the middle.  He played very responsibly, returned back  often, and even took a goalkeeping once at the very end of the game.  Strategically it turns out to be a game of Georgi and Vova M. against Sasha L. and Cüneyt.

In the interview after the game Vadim L. and Oleg expressed and opinion that our tangs are off the hook lately.  We probably be better off to learn from “quiet Americans”, who rarely swear publicly,  and issuing a  personal insults is an extreme offense.  At the beginning of each game let’s “swear not to swear“.

At 10:41 at score 3:5 for DARKS we had an unpleasant exchange of gestures and other niceties.  As a result Marat had to switch for DARKs, and Vadim L. had to volunteer for WHITEs.

We had several memorable goal, when Georgi and  Cüneyt sent the ball high above the goalkeeper, and it was painful to watch the late attempts to stop the impending disaster.  Nice goals!

DARKs quickly regained their confidence, and build a solid 3 point lead 8:11 by 11:10.  But at this very moment Kolya P. left, and the destiny of the game suddenly tipped on the balance. 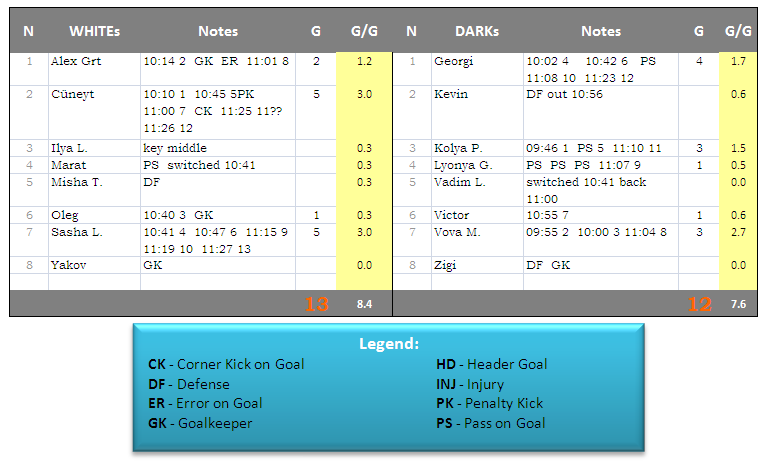 One more time – lets “Swear not to Swear” at the beginning of each game.  It takes discipline.