And one more time rain paused for the game.  We played from 09:40 to 11:11.  In the first 7 minutes score became 0:4 for DARKs.  Oleg scored two of these goals.  One was intercept in the middle and immediate blast.  The other – a low roll into the near post.

Give it another 9 minutes (09:56), and score turns 4:5 for DARKs.  Roma enters for WHITEs as a losing team.  Roma did tip the scale.  For the next 37 minutes WHITEs dominated the field and made the score 8:6.

At this moment Lyonya G. gets an injury on the goals and hops off the field.  The goal from Alex F. is not counted (10:33AM).  Roma switches for DARKs.  For a few minutes it is 7-on-7 game, but DARKs get their 8-th player when Lyonya returns.

For the next 38 minutes DARKs play with 8 players and almost tie several times, but game stops at 11:11AM, when Roma sends a rebound low into the net.  Game stops right in the middle of a sentence. 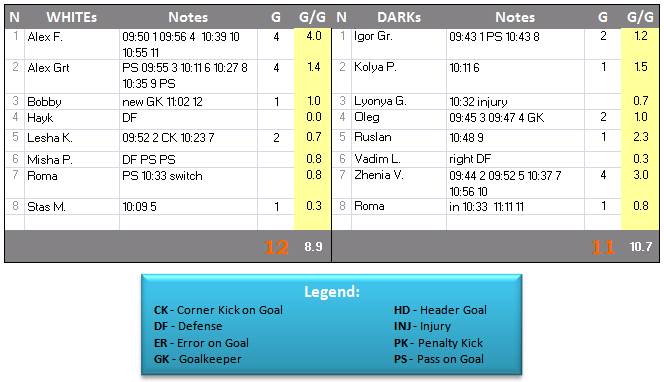 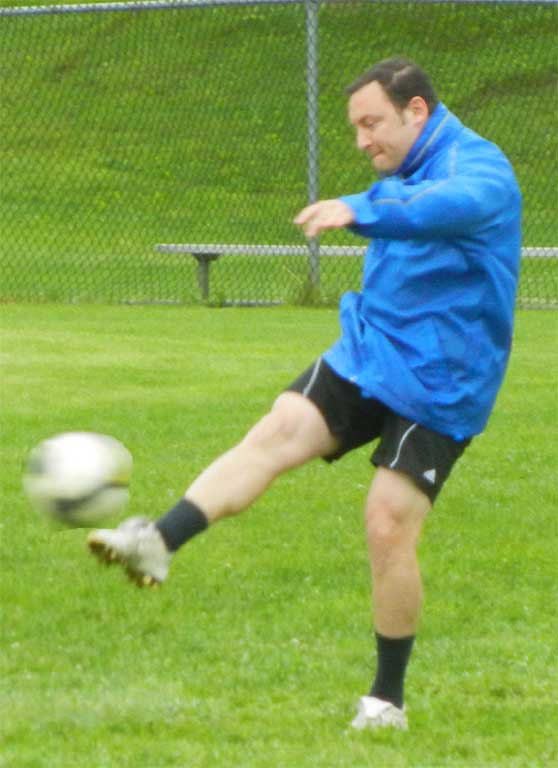