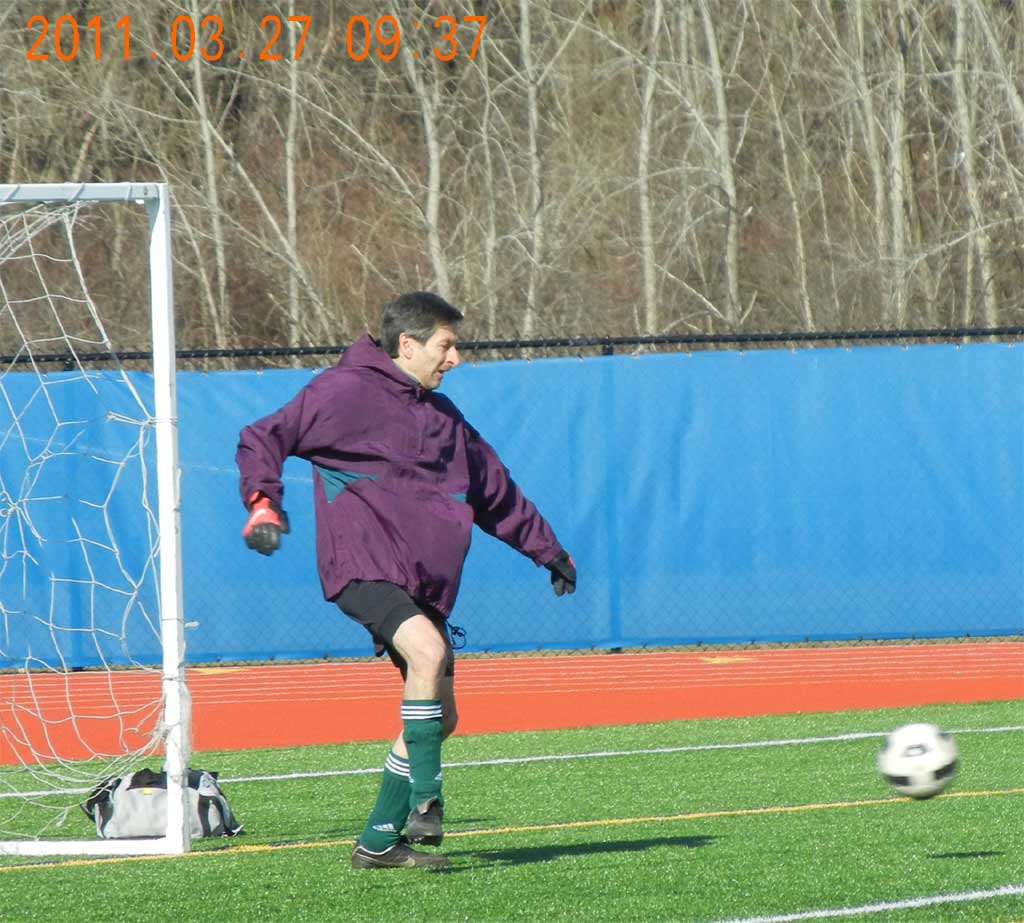 Tomorrow we are still at Brown.  Next weekend they might open all fields for a regular Spring season. That will be a sign for us to switch to Warren. But one more time – tomorrow 4/3 SUN is still Brown.

We started at 09:51 on a snowy field.  We only marked sidelines with a shovel. This is not a skyline with an excellent drainage.  Players feet were immediately wet and cold, and probably that is why the game was really short.

Ilya L. scored the first goal of the season, when ball almost crossed the line, but “instant replay” showed that it was probably more goal than not.  At 2:1 for WHITEs Lou entered for DARKs (10:15AM).  And the closest DARKs get to a tie was 3:2, when Victor scored his season first .

After that, DARKs had a lot of moments, but they were unlucky.  Several posts, near misses, near shots, but nothing went in.  Meanwhile, WHITEs were creeping forward.

Around 11:00 Lou and Lenia Ch. both left, and score immediately exploded with 4 unanswered goals into DARKs’  net.  We stopped at 11:08.

After 19 Weekend games and less that a month to go in the season, we have 60 people, who played at least once: