Who is writing scripts for our games? It must be a really talented playwright. Yura D. is gathering his thoughts before an important move. He brings the camera to create lasting memories. He stays above and beyond the point, where he usually leaves and goes home. And he becomes the absolute epicenter of a final blowout finale.

It was a very low scoring game.  Distance between first and second goal reached 46 minutes.  At 3:0 for WHITEs the game was pretty much decided, and it was 10:54 on the clock. 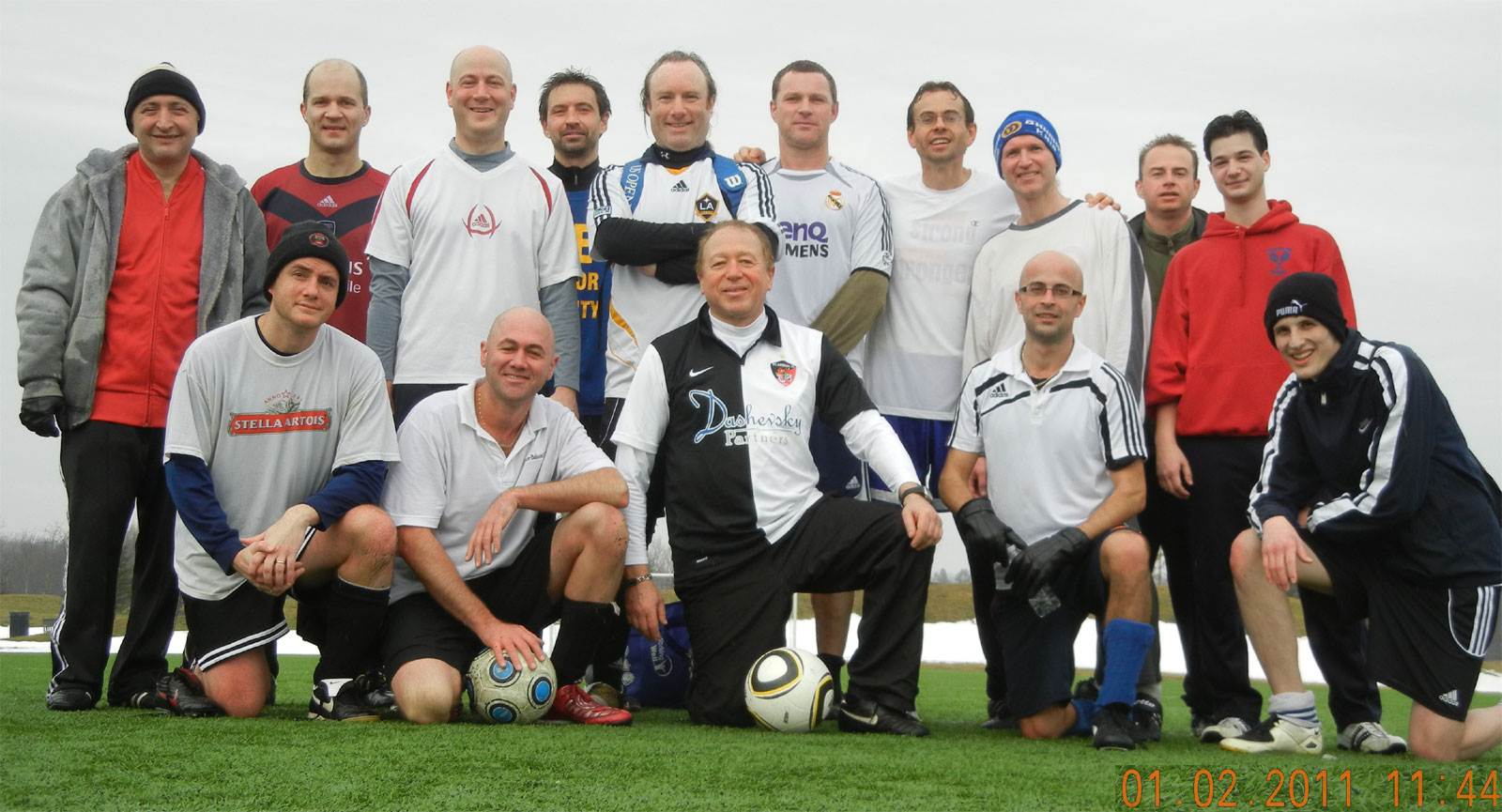 It took another 46 minutes to score 3 more goals.

Second goal scored by our new star – Armen.   Today he again worked for both teams. Third goal is served by Kevin (who is goalie) and delivered to the net on the opposite end of the field by Oleg.  Spectacular!

Eddy with cold wet feet is temporary out on a fender-bender.  Armen switches and now WHITEs are down one player.

Now, everyone is ready to go home. OK.  One more goal.  But no one can score.  So many opportunities.  So many mistakes.  Rain goes on and off.  And it is an unusual warm Summer rain.  That is why the grass is so green on the picture.

[11:40] Yura D. gets the ball and advances one-on-one to the goals.  He doesn’t shoot, he doesn’t pass.  He makes a move, he leaves goalie far behind and rolls ball into the net.  That is it!   That is how legends are created!

It is a second tie in that many games. 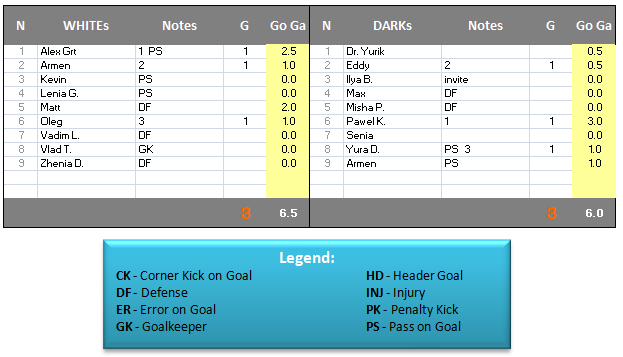