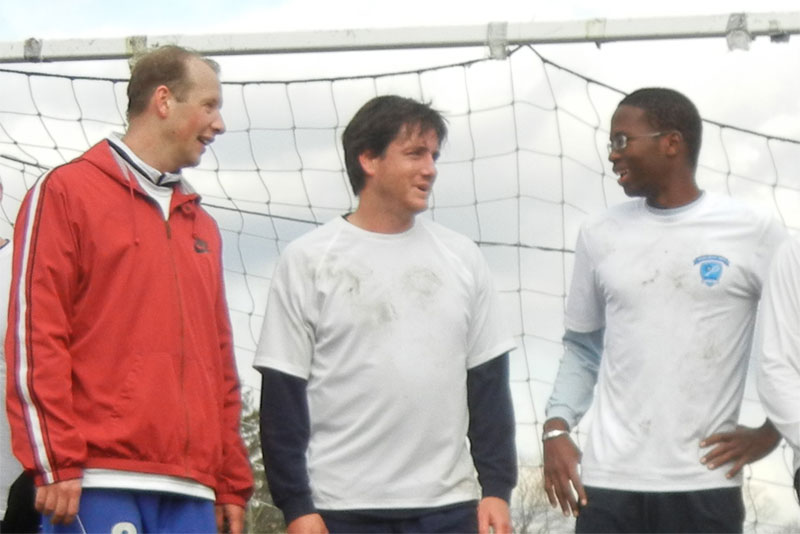 It was cold.  It was cold to breathe and run at the same time.  But we did it anyway.  A brave 16.  Plus some other squad was playing on a small set of goals, without interfering with us.

Today we started at 09:35.  Dr.  Yurik with his hawk vision picked Boris R. half way through team-picking process, when he just appeared on the horizon as a small dot.  What a smart move.  And as luck has it, Nelson arrived last to join DARKs as well.  So the picking process end up being a little lopsided.

At 0:3 for DARKs Nelson switched (traded for Alex Grt) to turn thing around, but things did not play according to plan.  The score quickly became 0:5.  At the end the switch proved to be immaterial, because the score distance remain a stubborn 3 points – 3:6 for DARKs. 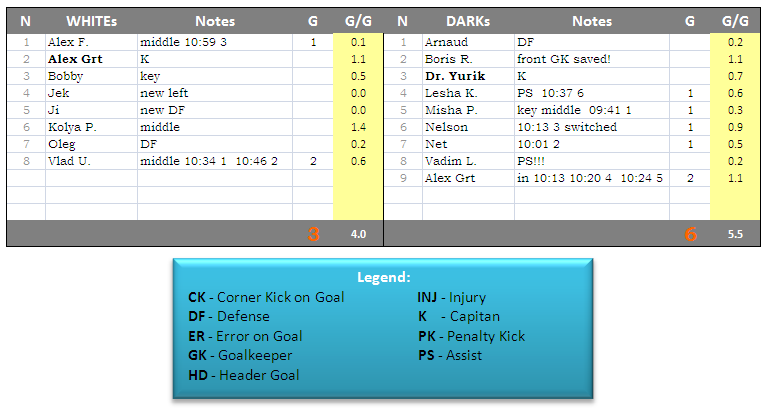 Vadim L. had a record-breaking 7-in-a row wins that propelled him from 29-th position on November 19 (-4) to the top of the of the charts (+3).  One more win, and he will break Cüneyt 7-out-of-7 wins record set earlier in a season.