The score quickly become unbalanced and hard to keep track of – 11:2.

We started a new OFFICIAL game at exactly 10:45.

And we even had time to play the third game – this time UN-OFFICIAL, where only 8 people left.  All three games were very educational and …

WHITEs were down one player, but golden pair Boris R. to Christof was amazing.  Boris supplied, and Christof delivered.  Goals after goal. On a very small goals.  How did they do it? 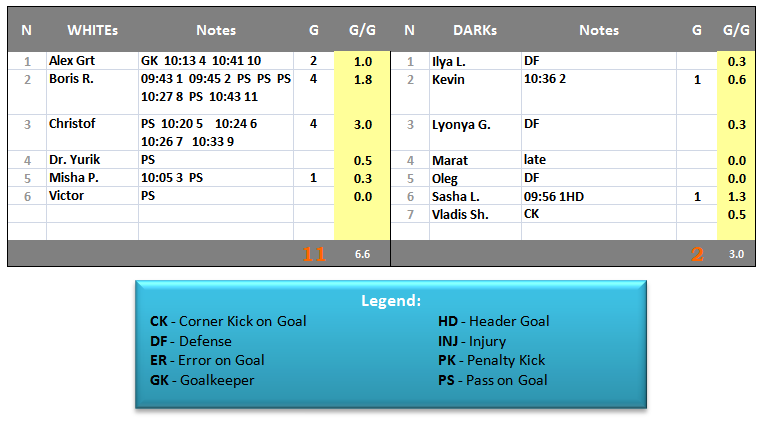 Marat switched for WHITEs.  And it worked for a little while.  DARKs begin to dominate and even lead 0:2.  But not for long.  Once again Boris R. and Christof magic worked.  They interchangeably made crowd to go wild.  And let’s not forget Dr. Yurik header (from Boris’ corner), who opened the series for WHITEs (scored first goal).

The most memorable goal was probably by Ilya L., who just did all the hard work, all the right moves and tricked the WHITEs defense.  He moved swiftly around and through defense and goalkeeper.  It all happened so fast. 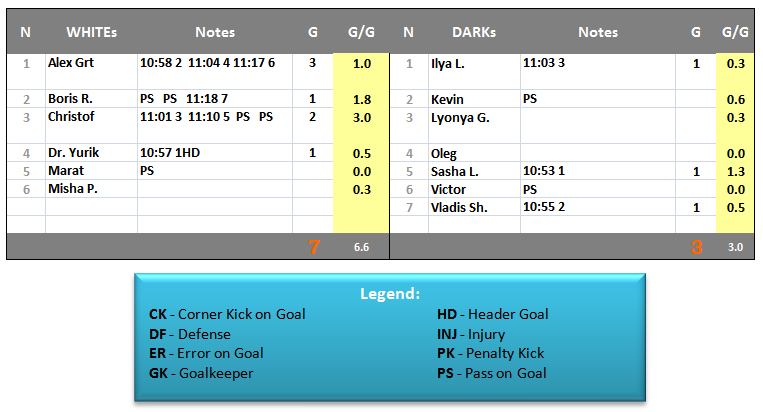 Last game was a low scoring game.  It lasted around 10 minutes and Misha P. finally tipped the balance.  Victor and Lyonya G. scored the only two goals and DARKs won 0:2.  This time Sasha L. anchored himself as a goalkeeper.  DARKs allowed no goals.

After 6 weekend games there is an improbable 12 point gap between top and the bottom.  Only people with 2 games or more are shown. 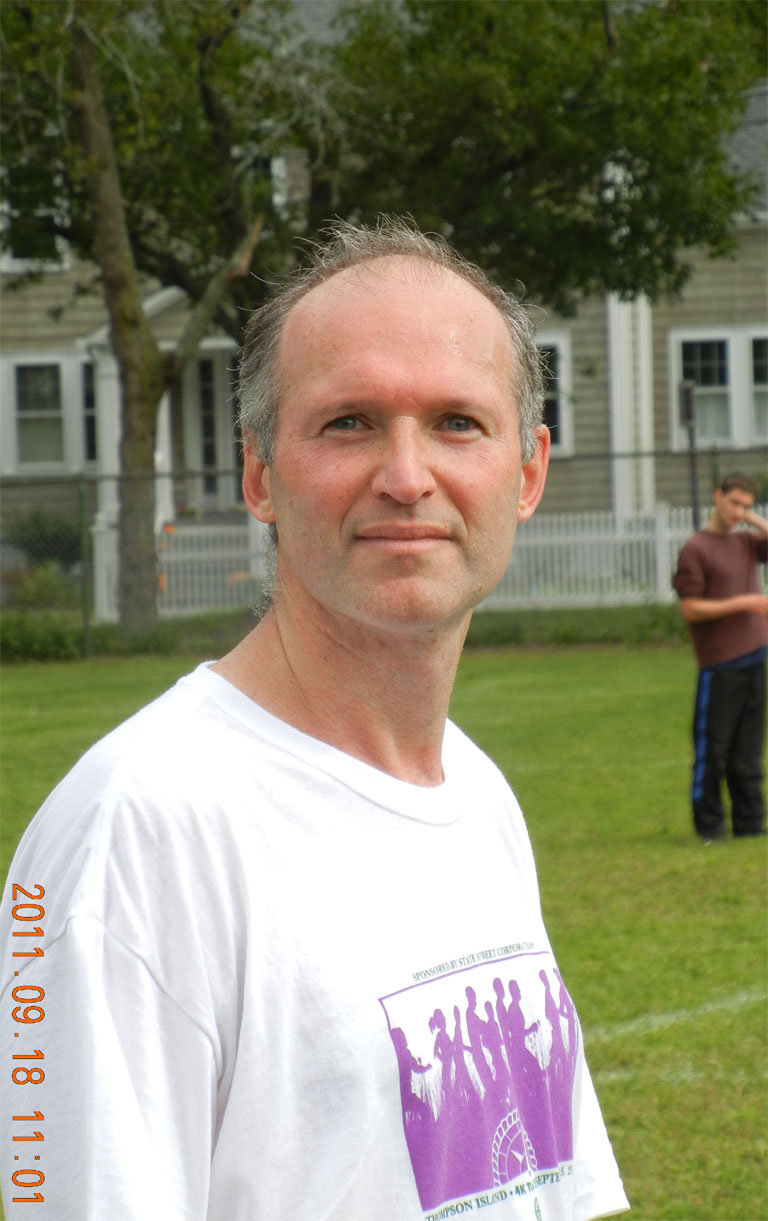