WHITEs started very strong.  Eddy and Kolya and Max upfront outmanuver the defense, and were rapidly advancing the score 4:1, and 6:2 and 7:3.

Then Sasha begin to outmanuver entire WHIREs defence, and at at 7:5 DARKs got a new surge of energy.  The light appeared at the end of the tunnel.

At 8:9 DARKs took the lead for the first time, but Eddy manage to tie one last time.  It was 10:52, but both teams were beat due to high humidity. 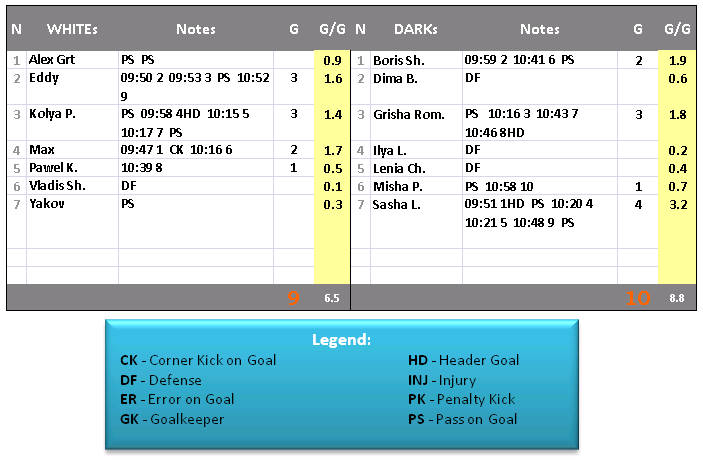 Our new scoring system (+1, 0 -1) works well this season.  All regular players have an equal chance to excel.  Tomorrow Nelson could break through the ranks and establish a single person leadership.

Meanwhile, there are at least a dozen players, who are within an easy reach of the top position.  Here is a situation after 23 weekend games.