What factors played a decisive role in today’s game?

Here are a few to mention.

Boris Sh. shifts back into goalkeeping for 5 minutes to allow WHITEs to re-adjust and and to score two important goals.  Then returns and scores all important goal himself.

Zhenia D. starts with DARKs, gets injured, but re-enters the game much later for WHITEs and first scores a goal, and then block an all important and deadly on-on-one from Nebati.  How to say what exactly was the decisive factor?

We started at 17:57, and Geogri quickly and effortlessly scores the first one (pass from Nebati) at 17:59. 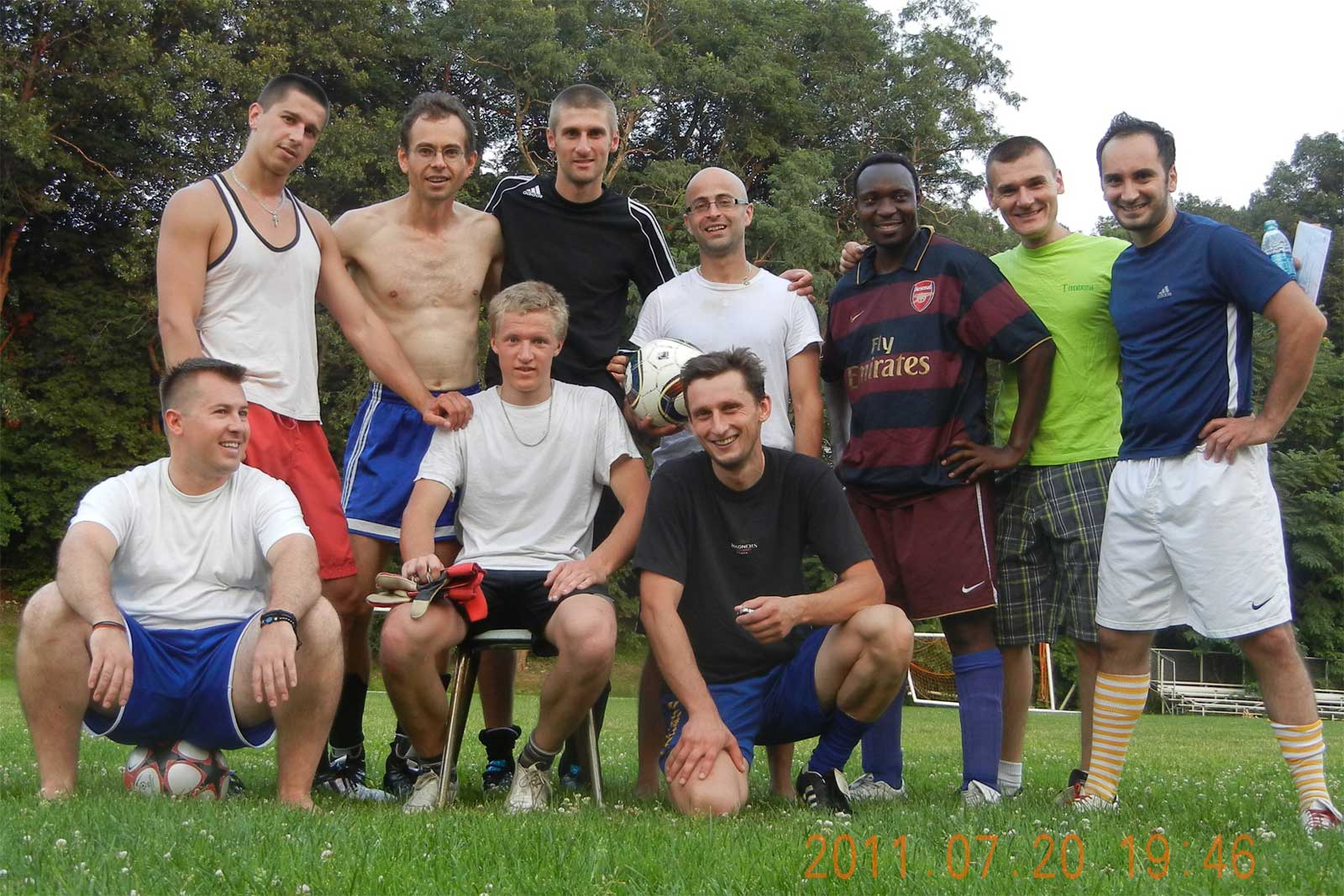 Here (18:35) 3 new people enter the game replacing injured Dennis P.     Alex B. starts as a goalkeeper for WHITEs, and Drago and new Ilya P. for DARKs.

New Ilya P. turns out to be a real gem, and several curious goals later WHITEs are crumbling down under the pressure.  Far balls from goalkeeper are intercepted by wind, and near balls are challenged by Georgi and Andriy N.  DARKs are dominating everywhere on the field.

Geogri scores a goal from afar on a goalkeper change – 2:5.  At this moment Stas M. leaves and Ilya P. switches for WHITEs.

At 19:18 Victor intercepts an easy ball and scores on a complex deflection – 3:8.  That was the lowest point in the game.  Who knew?

At 19:37 Georgi scores somewhat contested goal (pass from Nebati) making score 9:7.  Later video-repeats revealed that Kolya P. was barely off the ground and did not touch the ball.  Nebati didn’t initate a first pass, but was dribbling the ball after the fault.  Goal was counted anyway, but we have to take this rule into account in the future.

At 19:41 WHITEs score goal number 9, making an amazing come back from the dead.  But once again, the goal author is not recorded.

Last 2 goals for WHITEs – who scored those goals?  Anyone?  I will record them temporarily to Boris R. and Ilya P. as a holding place, but anyone can contest these last two goals. 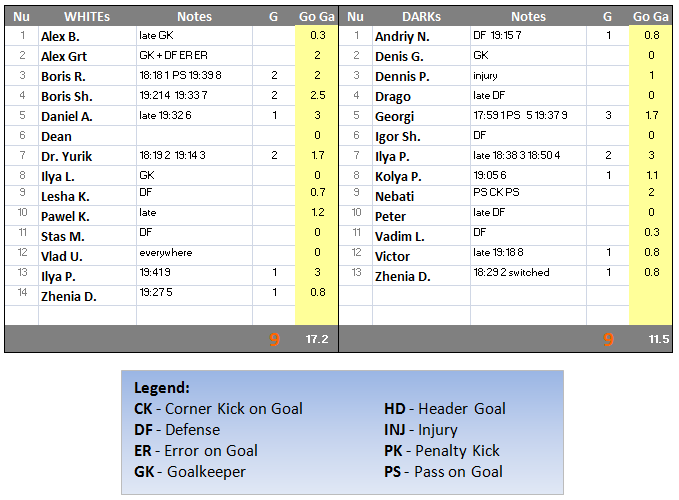 We’ve got a second tie in a row. Very, very interesting battles.

Here is a latest standing after 7 Wednesday games.  Only players with 2 games or more are shown.