You might already knew this, but Warren has a game on Tuesday.  Oleg’s people placed a note on some Meet Up site (?), and kaboom – 31 people show up for 2 very competitive games.  I can only tell you about one game, both games finished about the same time around 20:00. 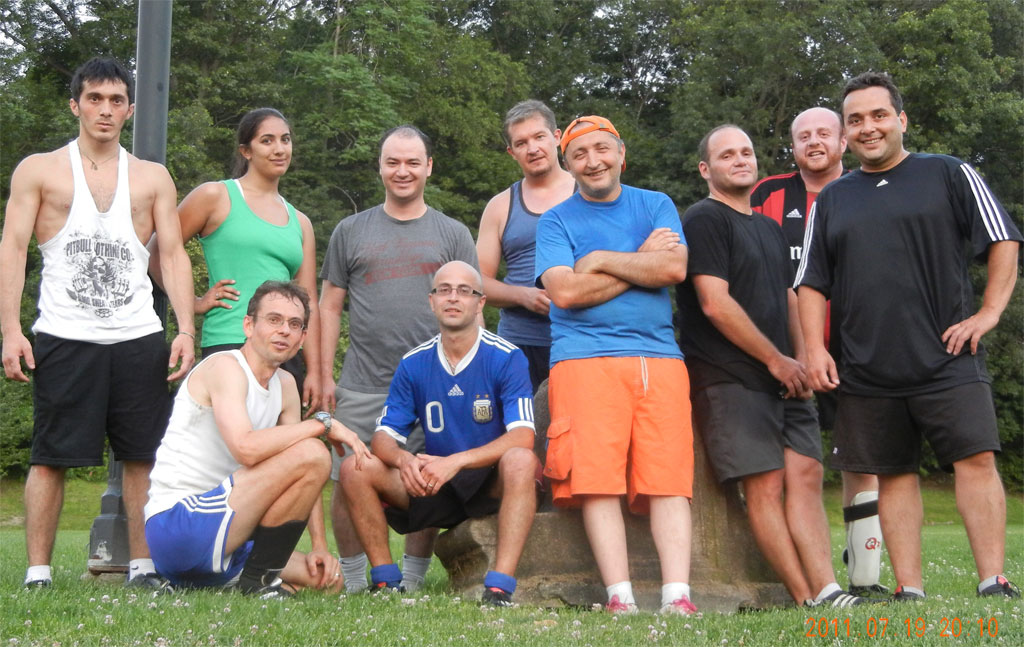 Among people you might know today we saw Alex B., Drago, Zhenia D., Ziya and Igor Gol.  We even had some coed representation.  The young lady actually scored two goals at the end of the game, when goals are extremely needed.

Game on a main field ended 13:11 for WHITEs, but it was a dramatic battle.  Ilya A. played for DARKs (you might remember him from our Skyline days), and he preserved a fresh attitude throughout the game and pushed forward attack after attack.

Surprise, surprise, but the field is used 7 days a week and remains in a shape it is in due to plenty of water and heat this summer.  Let’s play on.  See you tomorrow?