The earlier we start tomorrow, the better our chances not to be interrupted.  But as our people arrive later and later, our start time shifts.  We even saw Lenia Ch. leave the filed frustrated with wait in his burgundy car before the mass arrivals started.

Game started with an early goal by Zhenia T., but after that, both goals are firmly locked on both sides.  Not until 11:03 we did not have a second goal.  After that both teams opened up their defenses, but only WHITEs continued to score, but DARKs were stalling in the tranches. 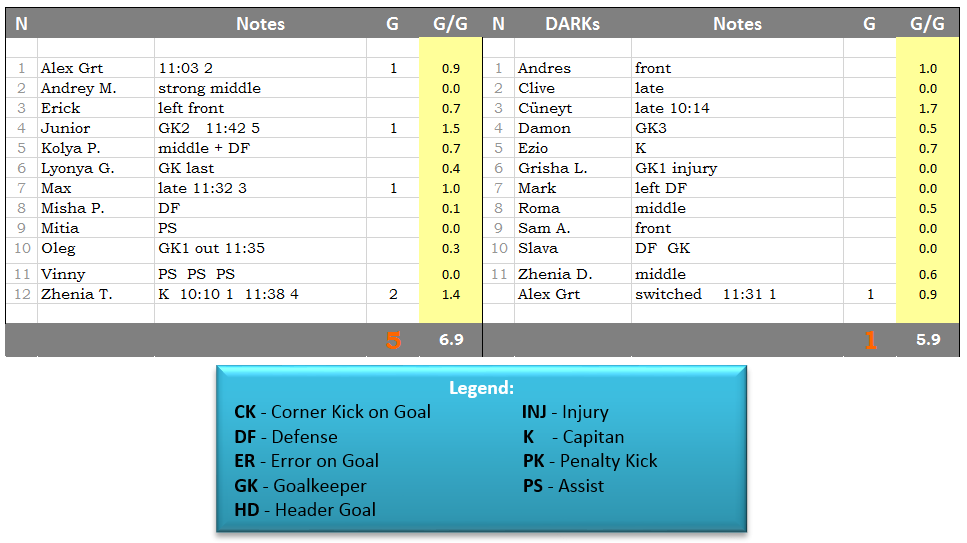