First goal was not allowed because Lyonya earnestly call hands on himself, and litelaay next moment Kolya P. intercepts and scores into opposite goals.  That felt like changing the whole character of the game, but in relity DARKs were simply faster today.  Kevin, Mitia and Igor Go. were opening up everywhere, while Seresha, Ilya L. and Bobby was holding the defense.  Passe were constantly misfiring, and  ecept from few corner serves from Lyonya G. there is nothing nice to writeabout WHITEs today. And spark was completely missing from WHITEs. 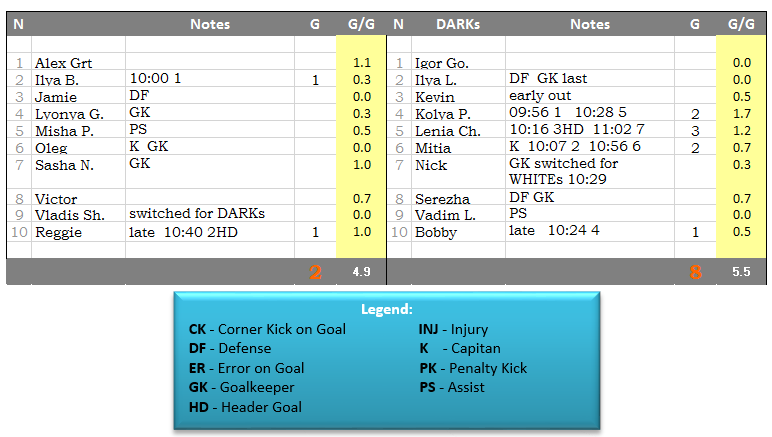 2 game will qualify a player to be visible her: