Go figure.  Two days in a row last pick in the roaster makes a desicive difference in the game.  Today Arkasha B. was picked dead last and scored 2 goals.  But the one, who saved the game for DARKs was definetly Arnaud.  In the middle of the game right after critical mistake and doubling the distance (1:3), Arnaud urged to change the incline.  Before DARKs were playing agains the sun, the wind and up the hill.  With stoke of a genius, Arnaud changed all that, and Damon proclaimed the change as a powerful shift in game dynamics.

Ruslan did some excellent picking in the other game.  So excellent in fact, that  game was extremely uneven – professional vs. armatures .  Final result was something like 9:1, although Abdool switch definitely stopped the bleeding. 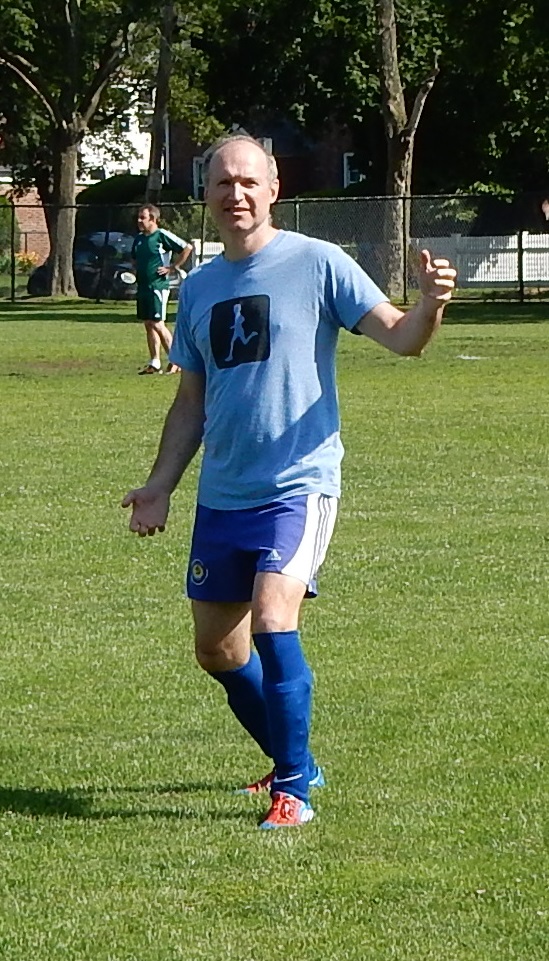 09:58 – 1:1 – Misha Tax. scores alrhough Damon gave him a good chace. Unfortunatelly ball just jumped on a bump right in front of the GK and went right in

10:31 – 3:1 – Misha Tx gives a pass and new Igor Tax. scores a goal. WHITEs are now desperate, and Arnaud made teams to switch side.  Seem like a fair move at the time.

* * * Pawel K. begins his solo efforts in the goals to perform save after save, after save 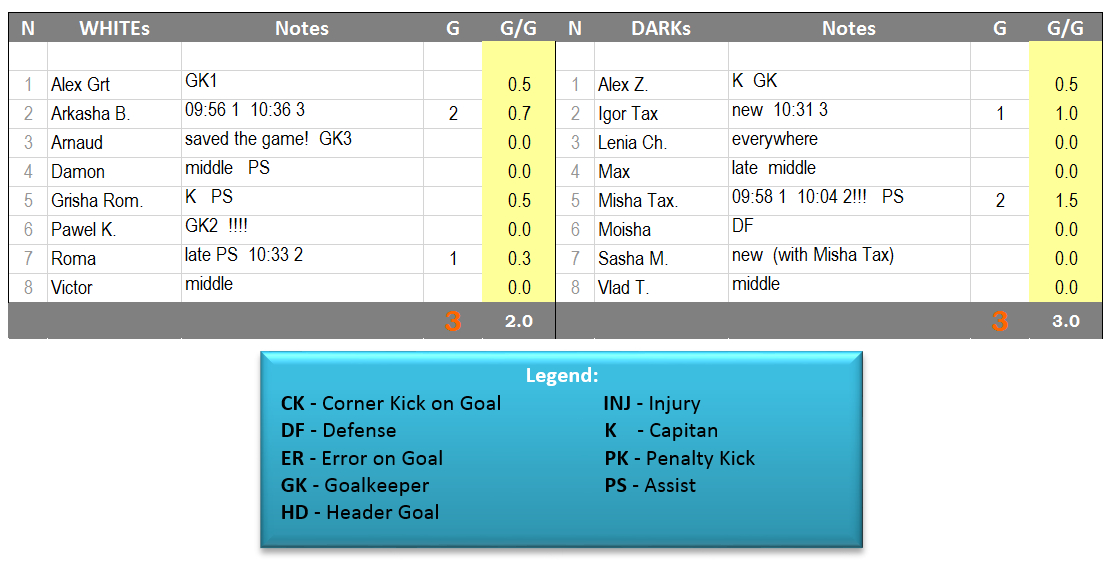 11:40 – unexpected massage from Lesha K. – Alex hit but missed – what a disappointment!