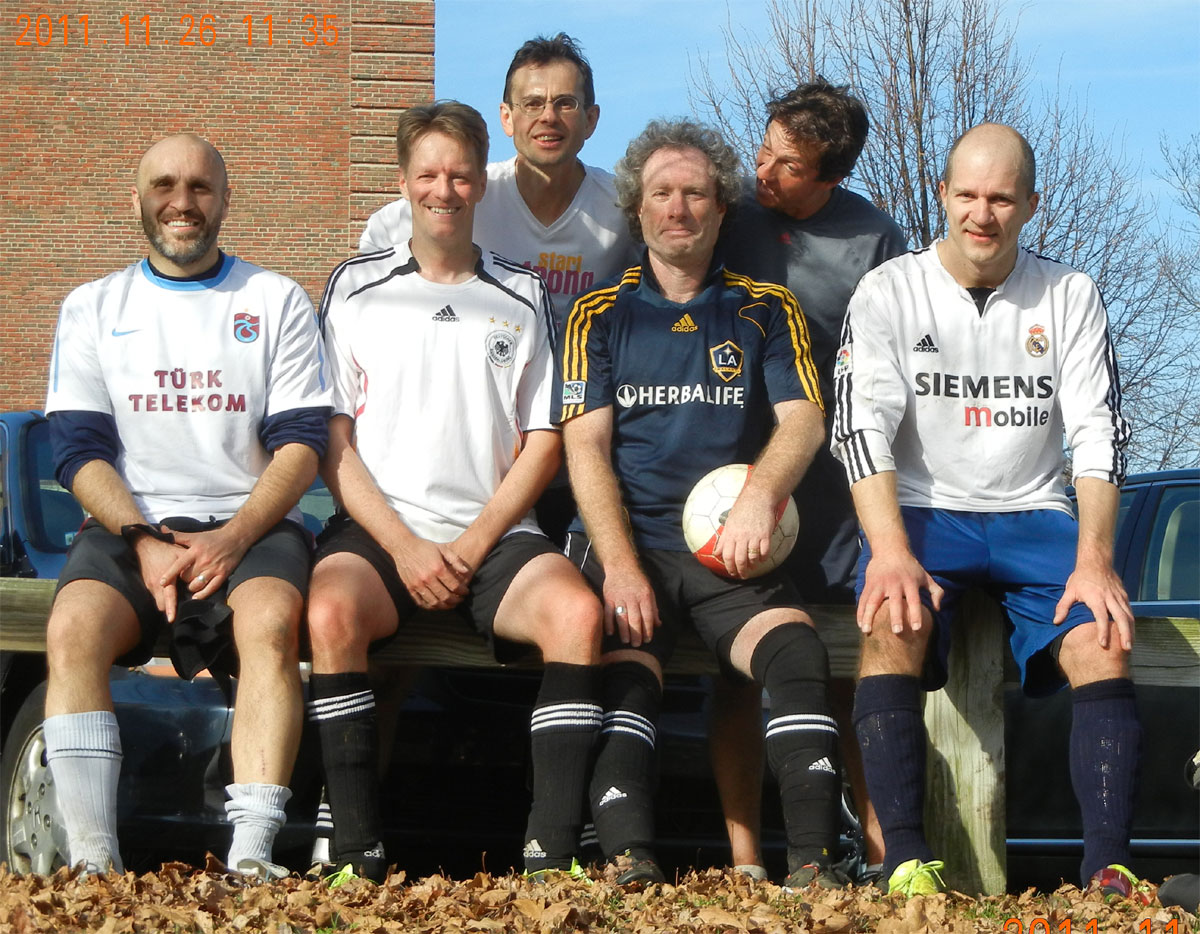 We started at 09:36 under a sunny sky.  It was chilly in the morning, but it warmed up by the noon.

Can you think of all the questions in captains’ minds:  Who would stay and do not leave?   Who can be reliable in an assigned role?   Who dedicate their efforts to defense or middle line.  As today’s game showed, it is all about picking the right team for the right job (or left).

Both captains (Cüneyt and Grisha Rom.) took a hands off approach today.  Cüneyt was seen upfront fighting verbal battles with Lyonia G., and Grisha spend most of his time in the middle, linking defense and offense.

It took DARKs one hour to build a serious lead.     DARKs would lead 1:5 by 10:33.  Boris R. supplied 2 passes to Lenia Ch. and to Victor.  He also gave a pass to himself right in front of the goals, and scored.  What a persistence!

Then, Alex F. left around 10:55.  That signified a game-changing event.

At this point Eddy begins to rally up the team from the very bottom of the barrel.

Next 9 minutes seemed last a very long time.  Every moment was critical. Every moment seemed as a last hope extinguished.

Suddenly Vadim L. Delivered a blow from his favorite right, and it was deadly.  Final score 5:6 for DARKs.

Lost and Found: Oleg left his gloves and white T-shirt.

In a second unofficial game WHITEs won 4:2.  DARKs goalkeeper lost all links with reality, and allowed 2 long-distance goals from Kevin and Cüneyt to hit the empty net.