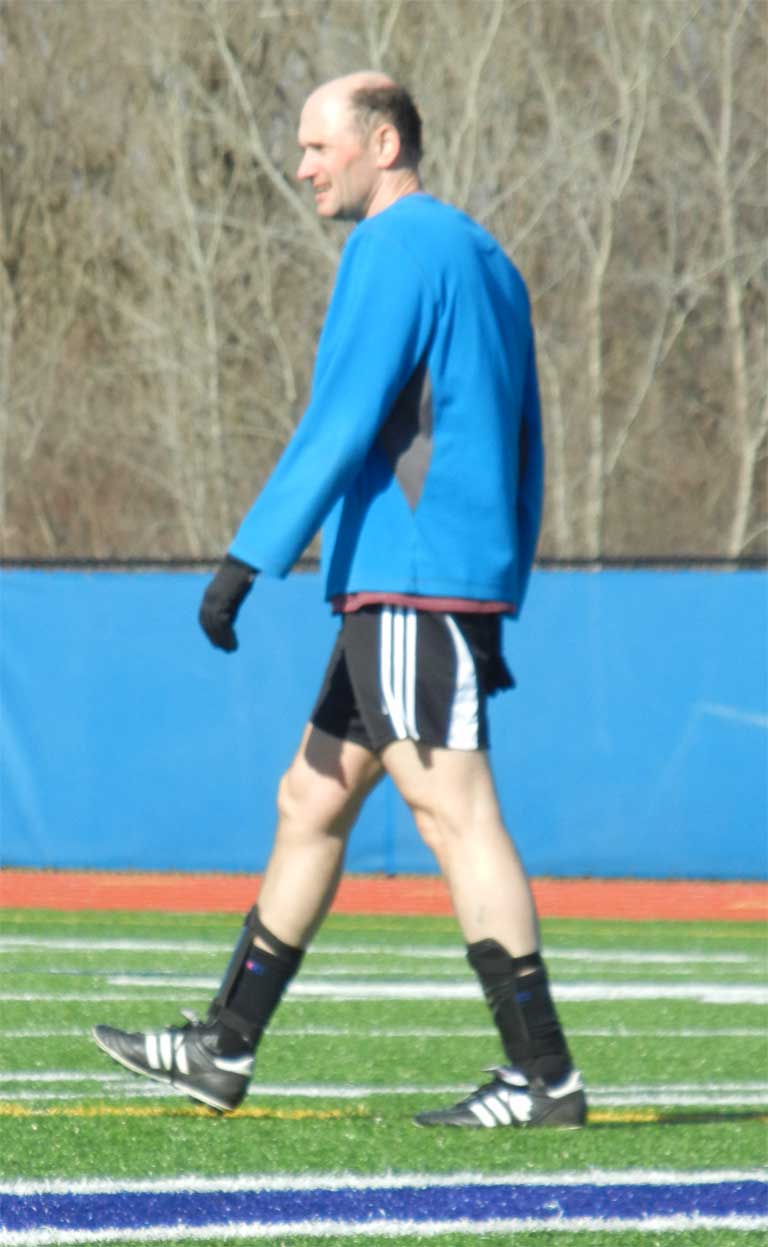 At 09:35 Vlad U. goal from corner from Grisha Rom. was not counted.

Let’s say that first half of the game the advantage was slightly on WHITEs side, and by 10:38 score was 6:2 for WHITEs.  Zhenia V. scored 3 out of 6 goals.

It was 10:57, and 7:3 on the score-board.  Big changes occur here, when many left, and all the people waiting for an hour outside finally entered the game.

WHITEs got Lyonia G. and Igor Sh.    DARKs got Georgi, Andrey N. and Moisha.     All the careful balance of initial picking was not thrown into the dumpster.

WHITEs tried to give a final battle, but there were no energy left after 2 hours of the battle.  Even leading 10:7 (at 11:26) WHITEs couldn’t hold the victory.

Let’s return to our usual statistics.  First table shows leaders in team wins, and the second table shows Goals-Per-Game leaders.  Only players with 4 games or more are shown.