To the right is a brief review of previous 8 season winners:

First goal of the season goes to Sasha L., who received a pass from Georgi.

First header of the season goes to Dr. Yurik, who succeeded after several very close calls.

We set a full-size goals and Alex B. took over the goal tending.

After that, both teams traded goals, and distance between teams remained one or two points.

Finally, at 10:43 Dean tripped, and apparently scratched the goalkeeper on the way down.  A young Arkasha T. promptly sent the ball into the net.

That was a hotly disputed goal, but goal was allowed after all.

To make the matters worse, Lyonya G. scored the final goal (10:58) to make the disputed goal a desicive factor in the  game.

Good interesting first game of the season, and we have fun 4 months of gaming ahead of us. 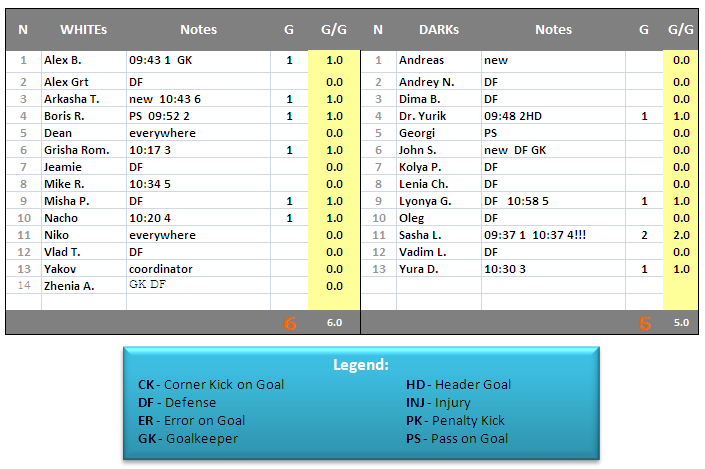