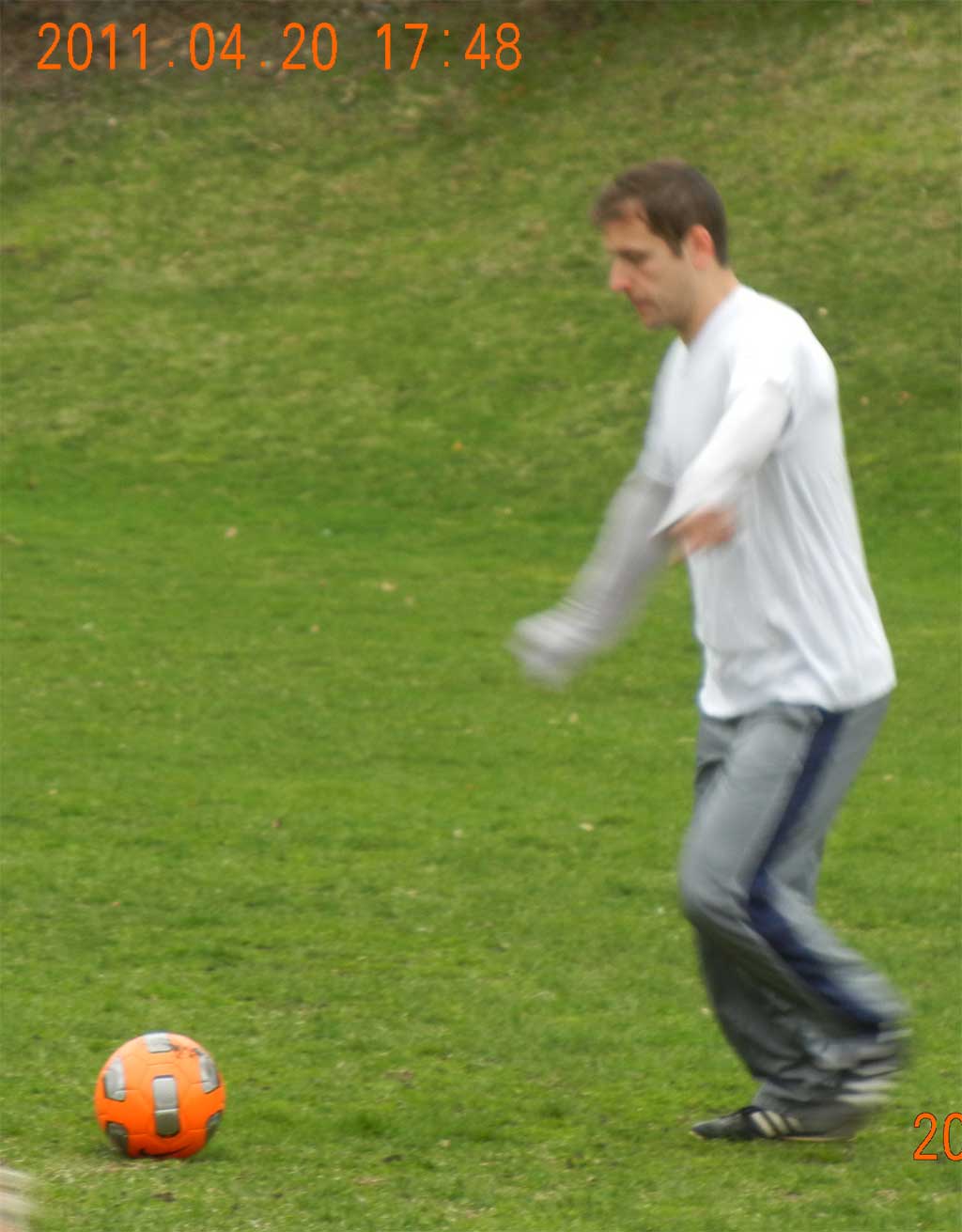 Here is another installment of our group roaster from 41 to 50.  Starting from Vladis Sh. (member No. 40 on April 5, 2009) group membership became “By Invitation Only”:

Today Dr. Yurik wins the 2011 Spring Season whole 2 games before season is over. With 21 Win/Loss points and 30 goals he can’t be reached by nearest Kevin in the remaining 2 games on the season. Very steady performance this season with 1.2 goals average in 25 games. A superb result.

Today’s game attracted 11 players and lasted from 9:45 to 11:03AM.  First thing we saw was a nice 0:5 opener for DARKs.  But everyone felt it was just a beginning.  Rain was going from “Zero to Sixty” very slowly, so the game was actually very enjoyable.

At 6:8 for DARKs the temperature of the game changed completely.  Now WHITEs were in a hot pursuit, and DARKs begin for quarrel.  I would love to hear comments on what actually happened between teammates  Ilya L. and Cüneyt.

At 10:10 we saw a first tie in the game.  WHITEs finally caught up with DARKs, and several offers of wet stopping point was heard.  At this time rain was at a full force, and one goalkeeper error allowed Georgi to score the final goal number 11.  Goalkeeper was sliding down the mud and grass and sweat, but bal was just tiny bit faster.

Happy and joeys they returned to their cars.  O, yes.  We played with an orange ball that matched Chris‘s  boots, and as a result, he scored 2 goals and some very orange  passes. Even if Kevin wins next 2 games and gains 4 points and Dr. Yurik looses both remaining games (very unlikely) and drops 2 points, no one can beat the stellar performance.  Also note Kevin‘s 13 games, 13 points and 13 goals.  Also note Lyonya G. new name spelling starting today and note that he almost climb out of negative territory.