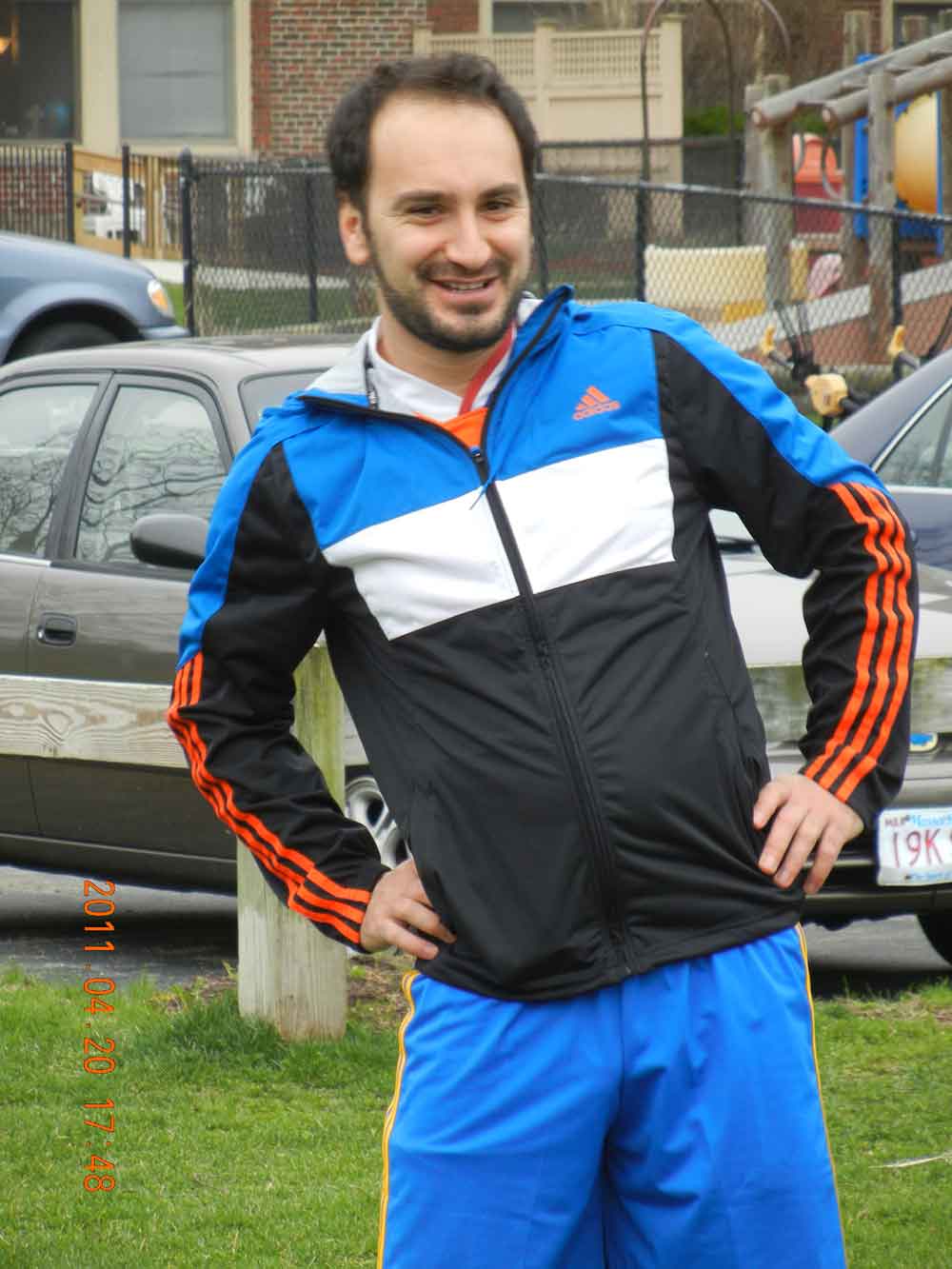 First goal (09:47) was a header from Lesha K. who is very near the top with 19 goals.  Second goal came from Matt (10:05) in the very corner on the net, and all important cross arrived from unselfish Vlad U.

Next we saw a game with no goals for 38 minutes.  WHITEs were almost chanting: “A Game Changing Moment!  The Game Changing Monent!”  And it really came. At 10:43 after a series of bounces in front of the goals, Nelson reseives a pass from Boris Sh. and score turns 1:2.

Two more ties show up on a scoreboard after second goal from Matt, Lyonya G. and Ily.  In every case DARKs were ahead and WHITEs were catching up.

Only 5 minutes came from the last tie (4:4) to a final goal and the end of the game.  At 11:29 Vadim L. was in front of the goals with a clear intention to shoot, but made a hidden move to pass.  Boris Sh. hit the target and broke the spell.

Kudos to Igor Sh., who was laud as usual, but constructive, reliable in defence and supplied a lot of passes to the front line. 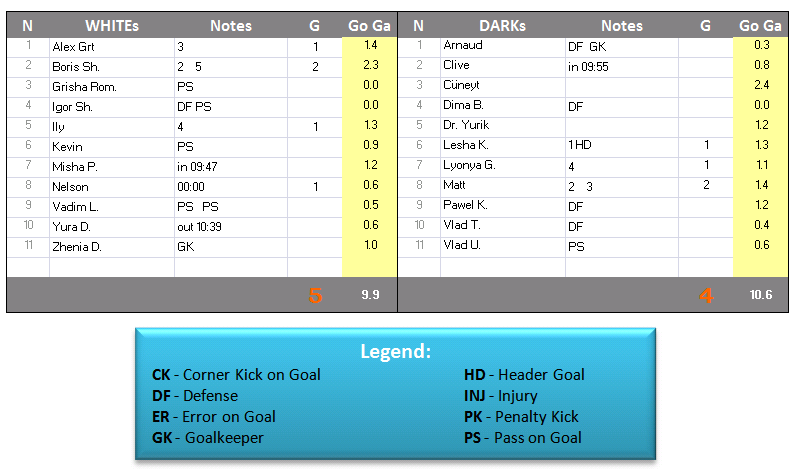 Last game of the season is on Saturday, April 30. Here is a situation after 26 games: