Today’s game started at 09:42 with 19 people.  We moved from a dry small spot to a large sloppy spot.  And grass was holding up wonderfully.

How to count Kevin’s first goal?  How to treat it? It was 2:1 for WHITEs at 10:13.  At that moment defense-men Pawel collided with a goalkeeper Stas in front of the goal and they both stepped out of the field.  At the same moment Kevin navigated ball into the net.  Goal was counted at the moment of the incident.   When score reached 5:1, Kevin’s goal was stripped from the records and score was reset back to 4:1.

Now, considering the final game score, we probably should reinstate the goal. In that case, the game score should read 11:5.  Comments?  Suggestions? 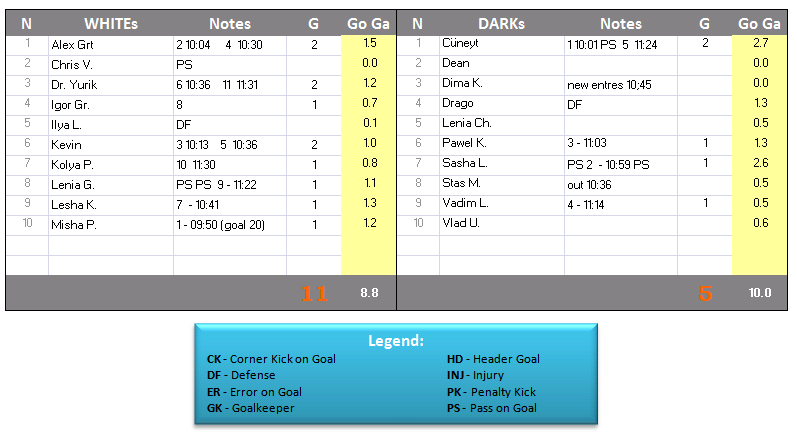 Alex B.  with 23 goals in 8 spring games has left New England for a cheesier greener pastures – Madison, WI.  It was nice to know you Alex.

Igor Golyak appears on the pages of latest Newton Tab with several pictures and narration of awards won by his studio.