A big mistake of weather people.  We only saw a few flakes around 19:30 on the parking lot, when it was all over.

It is getting dark now.  It is ten minutes to seven.  It is all over for WHITEs.  Plus Mr. Big Snow should start any minute.  What to do?  Just keep aim straight and keep shooting.  Next 5 goals were scored by all 4 members of WHITE team, and Marat did it twice.  I would love to hear his description of the second goal – what a rare feat!  By 19:08 it is 8:7 for WHITEs, and it is reasonably dim lighting from haven.

Georgi explodes with one more goal (8:8), and now Stas suggests that game should stop after two possessions.  DARKs keep the ball for a long while.  It seems endless.  WHITEs just can’t intercept.  It is shut after chilling shut. Finally their attack blocked, and it is one-on-one Alex Grt vs. Drago…  Very last efforts of the game – and a miss.  What a game, what a battle!  Game stops at 19:26 in a semi-darkness.

In the darkness of a warm Wednesday New England night, after a super-charged hour and a half of fresh air: 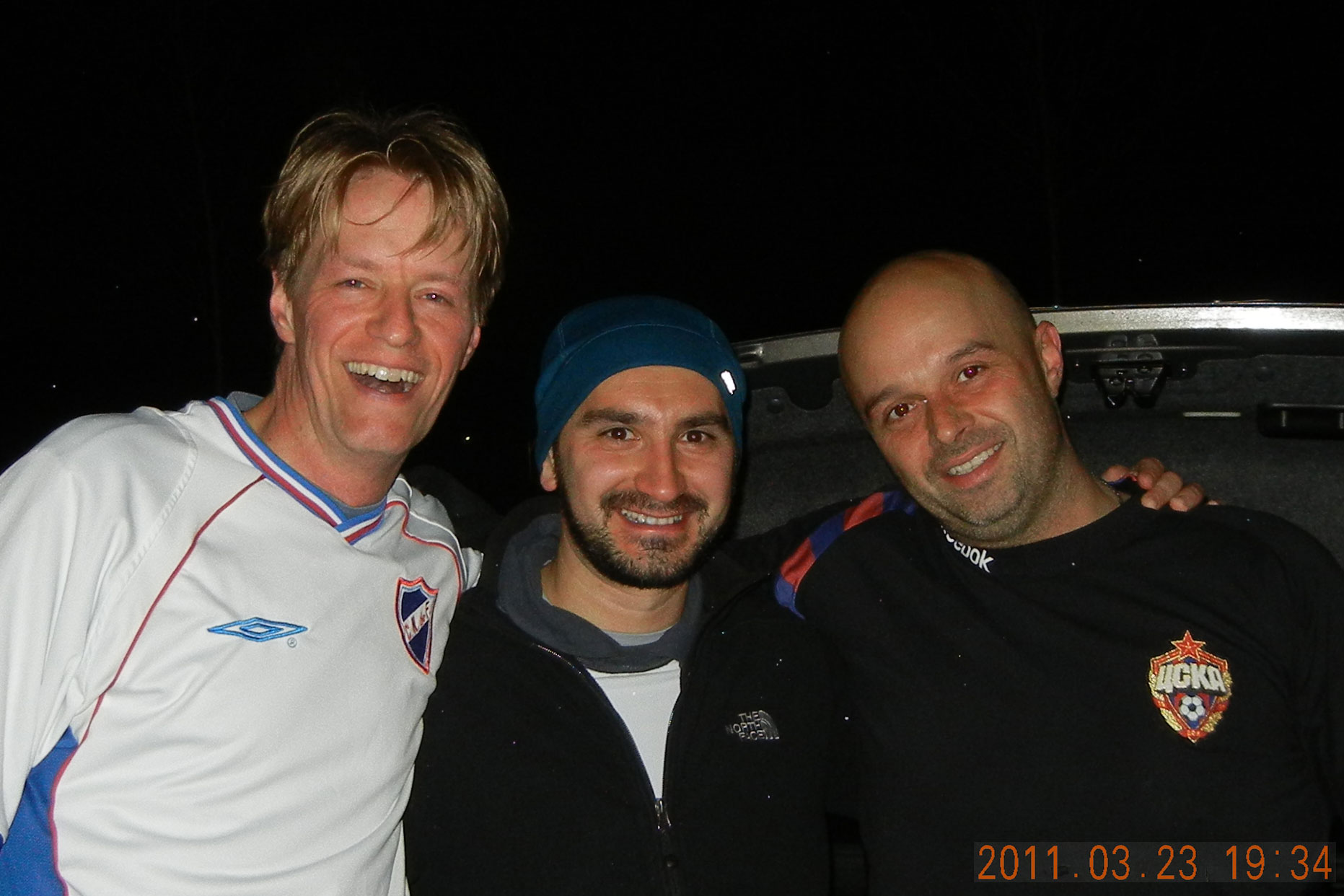