Grisha Rom. wins third time in a row with his unorthodox approach to team picking.  Last Sunday in a shadow game (with Victor and Lesha K.) they manage to win 6:5  against all odds with late arrival of Sasha L. to the field.  Today situation seemed even more hopeless.  After leading 1:0, WHITEs slowly lost the advantage, and started trailing 1:4.  Then, unnoticed to most on the field, Sasha L. left, and change was barely perceptible in the beginning.   But score quickly proved otherwise.  WHITEs begin to score by sheer being more in front of the opposing team goals.  And goals arrived soon afterwards.  Score reached 4:4 and both teams agreed to play to the last (ultimate) goal.   Last goal came as a header from Alex Z.  It was a fenomenal and powerful redirect after a serve from Vladis Sh.  And that is the game for you. 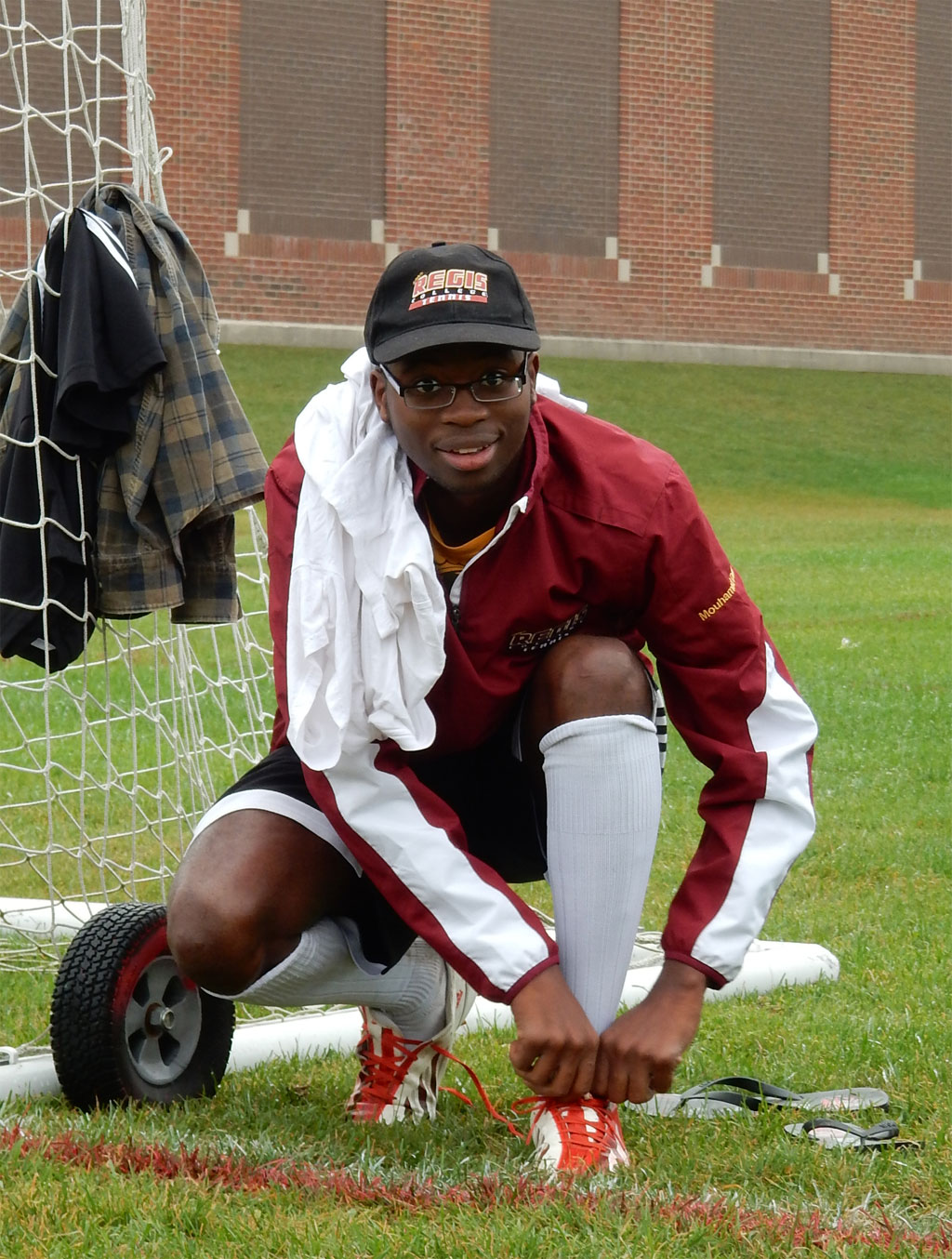 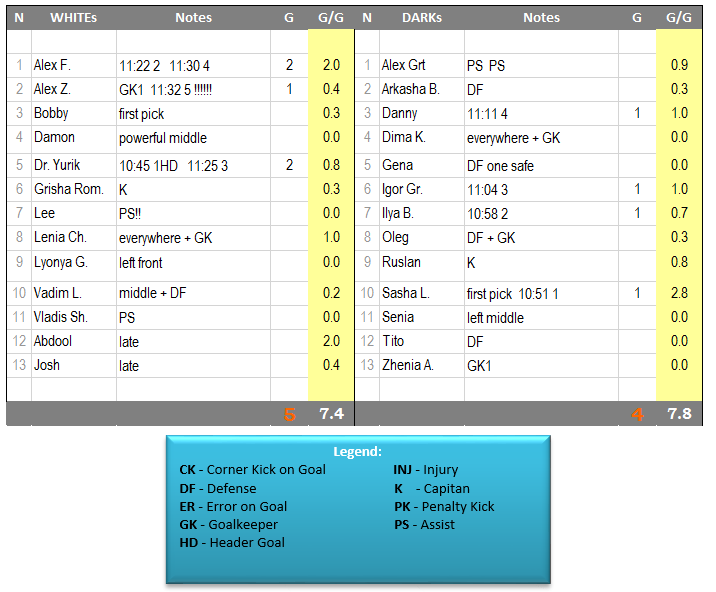