It seemed that Oleg picked a great squad, and everyone was cursing Lyonya on misfiring on his team selection.  And the WHITEs disadvantage was so obvious to everyone that late Oliver and Boris R, were easily recruited.  The question remain, what what so bad about the WHITEs team.  Great defense and Ruslan in the front line.

Game went not as scripted.  WHITEs slowly but surely gained advantage – 5:1.  But the final score would surprise you.  DARKs almost came back, and only early dismissal saved the day. 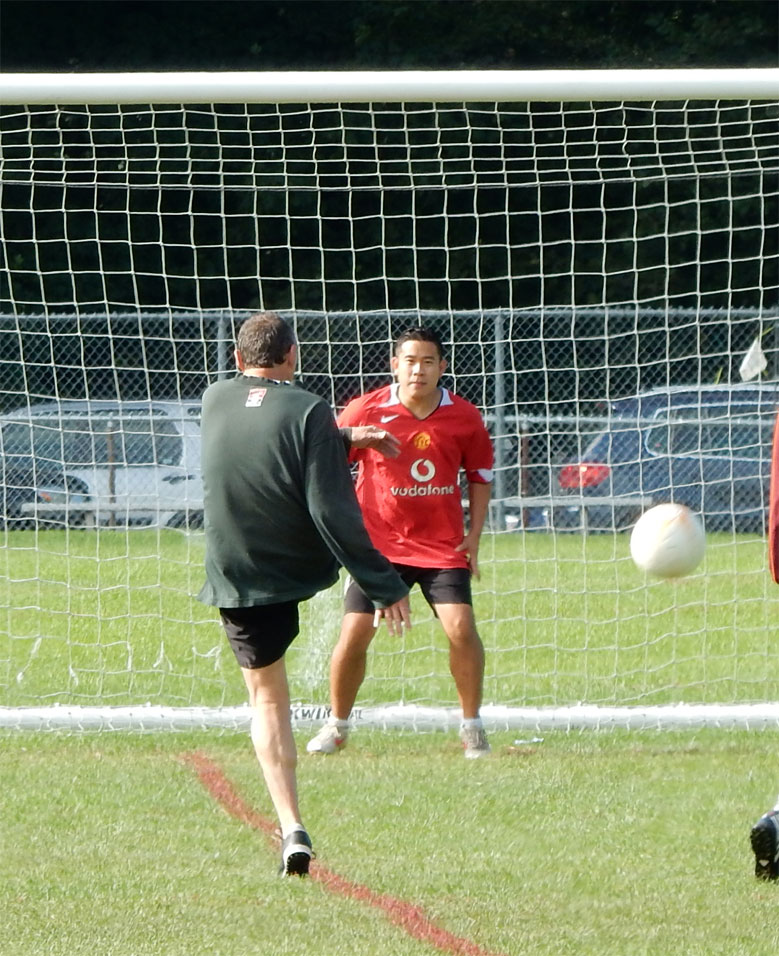 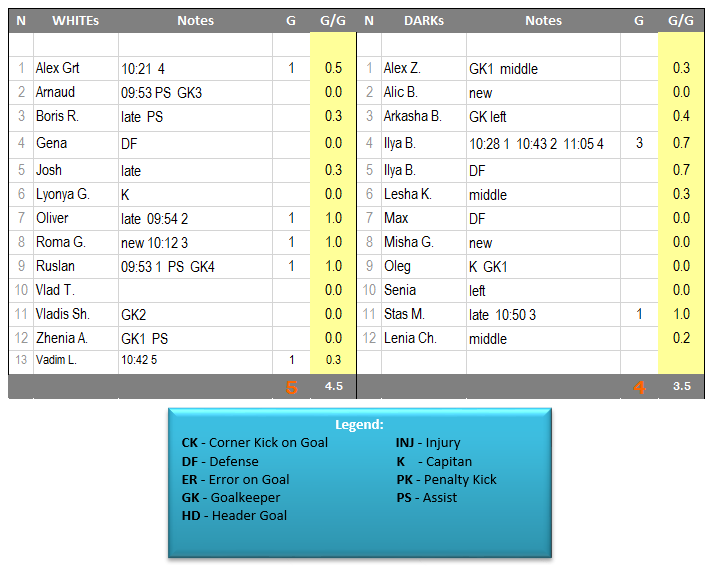