28 players was too much for one game, but who would want to break out and play a separate game.  We found 9 people.  Just one more was needed.  Otherwise, we would have to select 4 truncated teams on seven.  Lenia Ch. was the hero and he bit the bullet for the entire group. He decided to go and play the smaller game. Now we have two fair game 9-on-9 and 5-on-5.  Thank you Lenia Ch.! 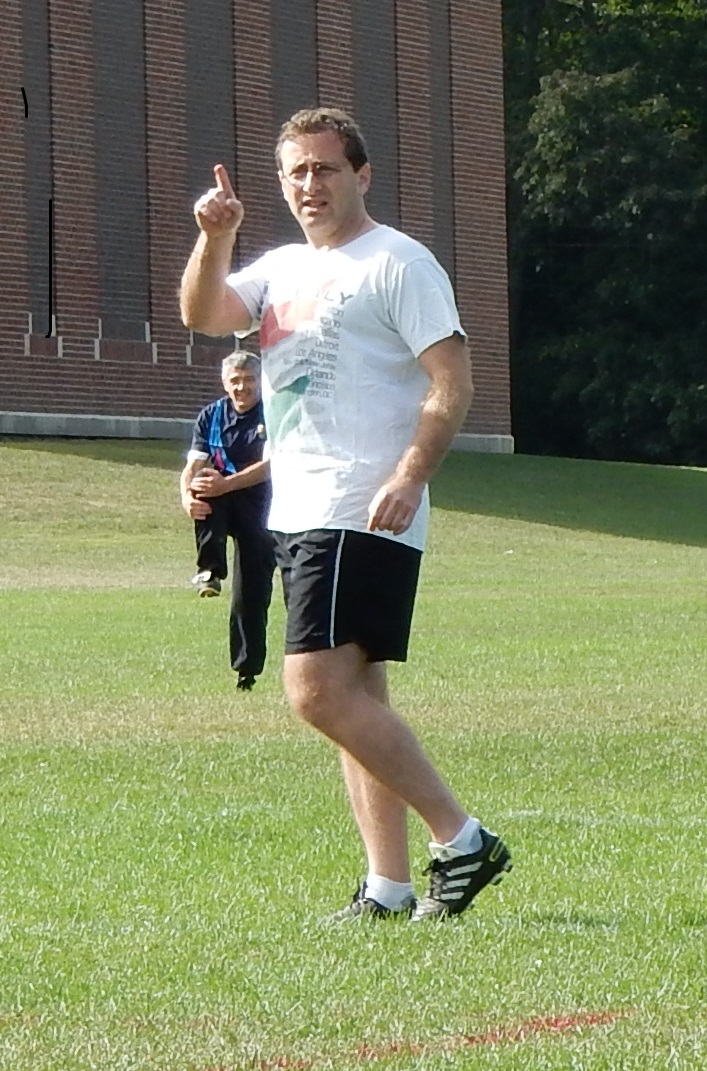 11:37 – both teams gave it all.  It was a mutual consensus to stop.  Very exhausting hot game! 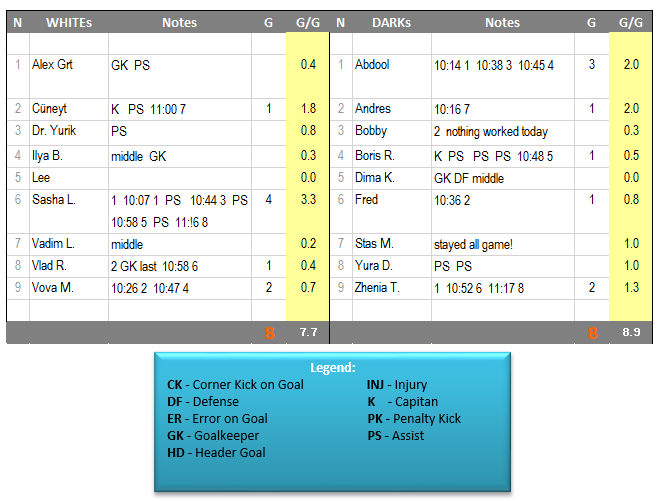 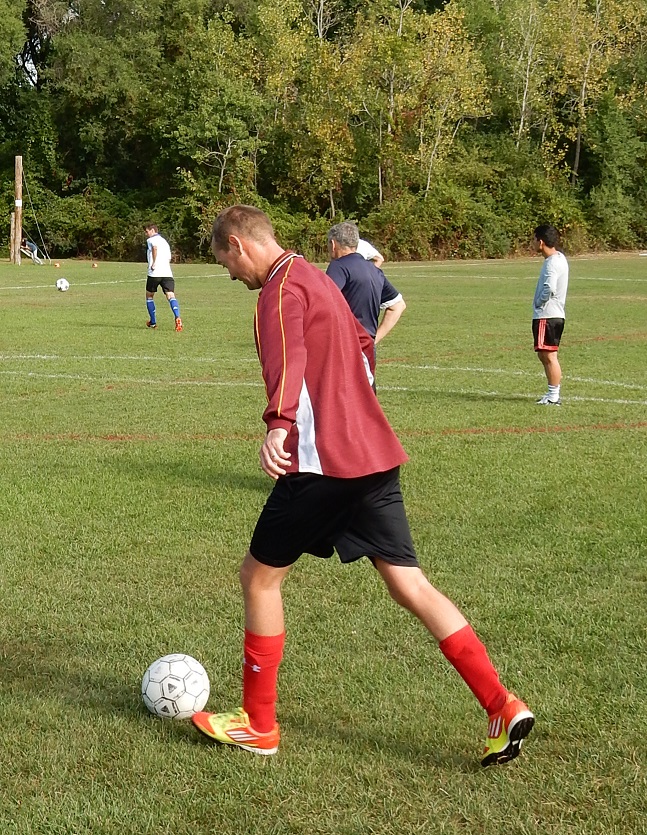 Two games is a threshold to be visible here: