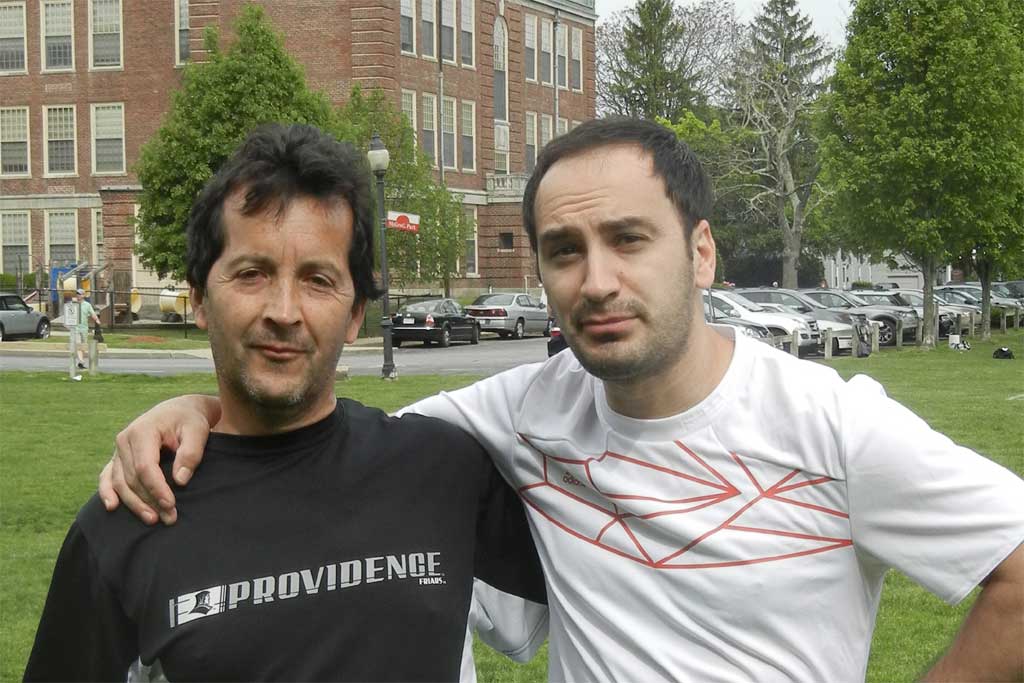 We started with 4 captains: Yura D., Yasha, Stas M. and Alex Grt.
Each team peaked from 7 to 8 players.

Yura D. introduced a new rule, to play 30 minutes and then switch fields based on winners and losers.
As a result we had 4 games played, and statistics is incomplete for all four games.

From a witness account we know that game Yakov vs. Stas was a very close one.   One goal by Kolya P. was countered by two goals by Tim F. and Ilya L.

According to Yura’s rules, teams started with a series of penalties.  Oleg took all the shuts (except one from Nacho) for DARKs, and Bobby took all the shots for WHITEs.

Some convinced that penalty series was unbalanced due to unequal number of shuts on WHITEs sides. Nevertheless, Yura D. team went to play with losers of game number 2.

Game number 3 between Stas and Alex was also a very tight struggle. Most of the game DARKs (Stas) were leading by one point. Goal from Stas was answered by goal from Nacho.

Last game between Yakov and Yura D. ended (according to some sources) 5:2 for WHITEs (Yakov team), but this score was never independently confirmed. We do not know the actual composition of the teams and who scored those 7 goals.

Regrettably, a decision should be made to not count all these game because we can’t count just some results, but not all. Plus, at the end no one was 100% sure did they lose or did they win. The sense of victory was washed away. 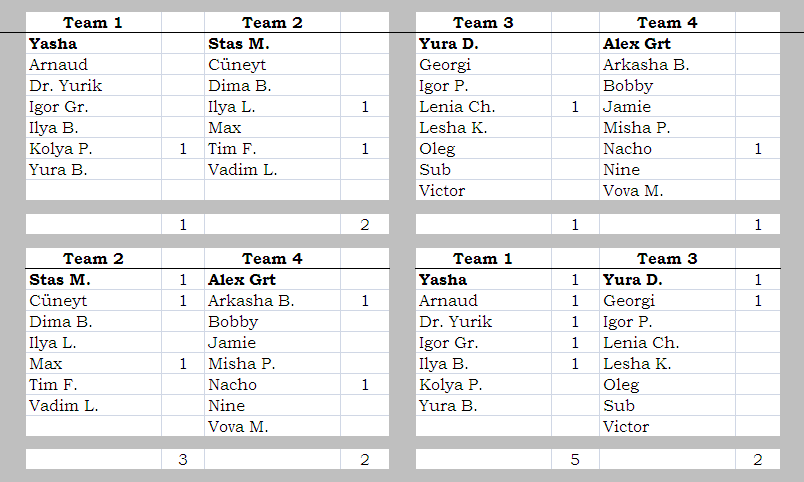 After all 4 teams merged there is a record of goals that also didn’t count:

Alex to tied 3:3 and switched for DARKs.  Cüneyt, Georgi, Cüneyt and Alex made the score 3:7.

Once again, none of the goals are counted toward the season total.