DARKs were visibly weaker, but started strong with a 0:2 lead.

Later Lou thrust DARKs forward one last time (2:3 at 09:57AM) with a fantastic goal in the upper most left corner of the goals (Alex B. almost got it).

As it usually happens in our games, this  game completely changed its character from that moment on.

Lyonya G. proclaimed at the beginning of the game that Igor Gol. “plays well, but rarely passes”.  Well, he apparently spooked some invisible hidden forces, and Igor Gol. was simply GOLden through and though.  He scored 4 goals and orchestrated enumerable passes.  Who knew, what a friendly word of advice could do!

Igor break through Andrey N. defenses and passes to Sasha L. (5:3). One goal shower after another. 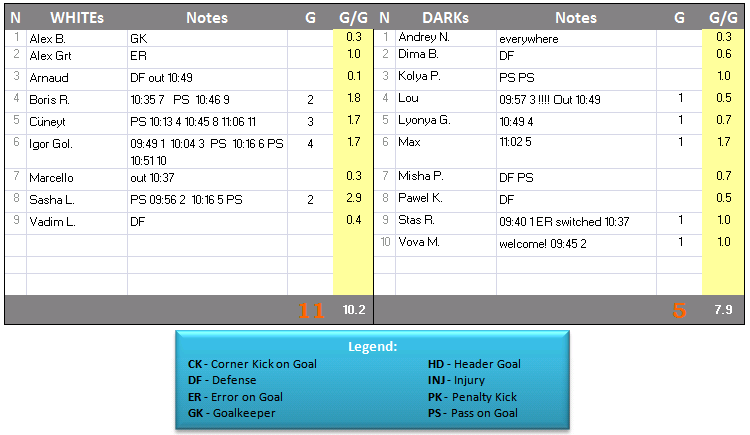 Today we show people with 5 games for the last time. Starting tomorrow, only 6-game people will show up: 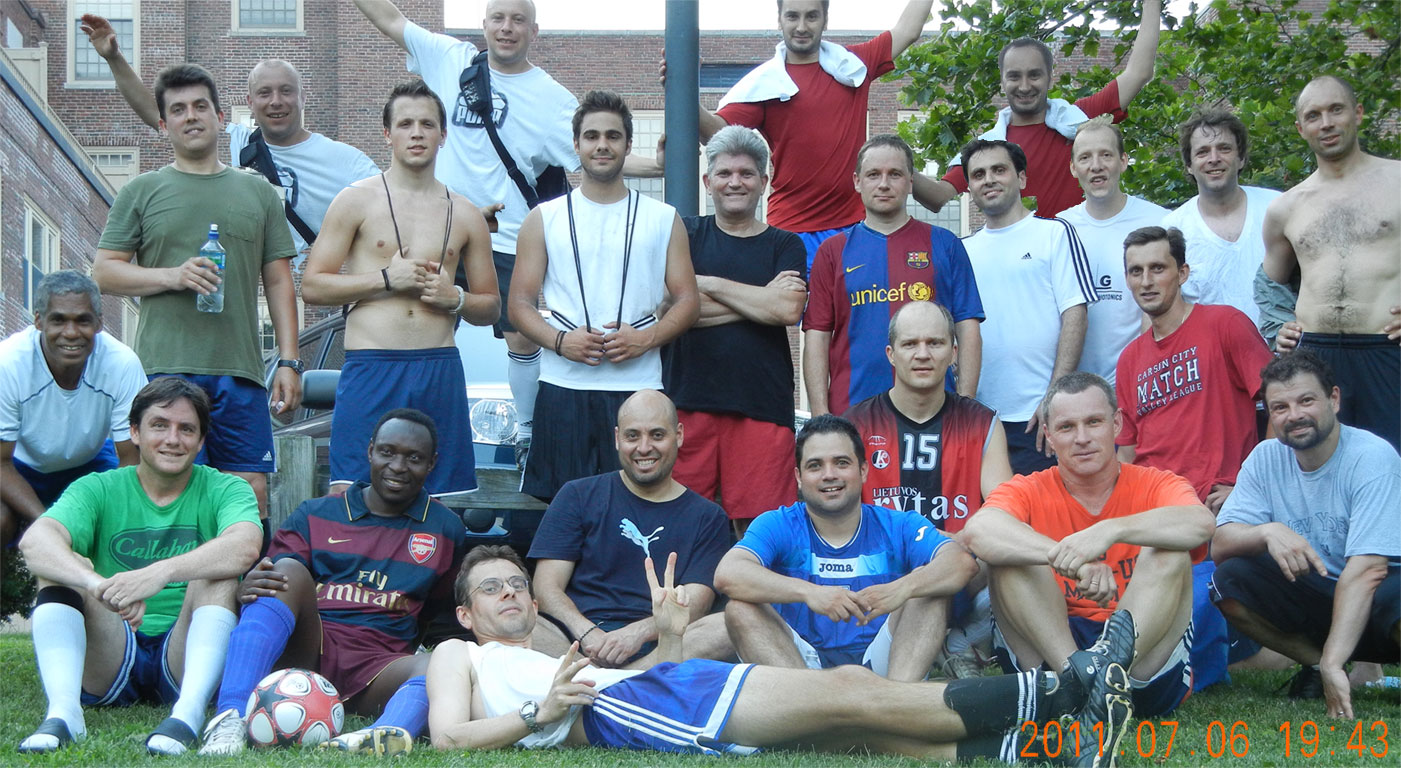