DARKs had a great squad in offense – Nebati, Georgi and Erick.    101 -st group member Daniel A. started to venture forward later in the game, when he was fed up with defense.  In defense DARKs had 2 Andreys, Ilya L., Vadim L. and Matt.    Even Kolya P. for some reason stayed most of the game in defense with a great success.

WHITEs had a young talent in offense – Niko and Mike R.   Christof and Igor Gr. were forming middle line.  The rest of the team played in defense almost 90% of the game.  True team spirit.  Everything for the victory.

Hayk choose to stay in the goals for a very long time, and he did not allow a single goal.  Then Igor Sh. took the goals and he was simply amazing in defusing most inevitable, most dramatic situations.  Score could have easily be 10:6 without him.

Georgi equalize with a controlled shot right through defense and GK (1:1 at 18:01). 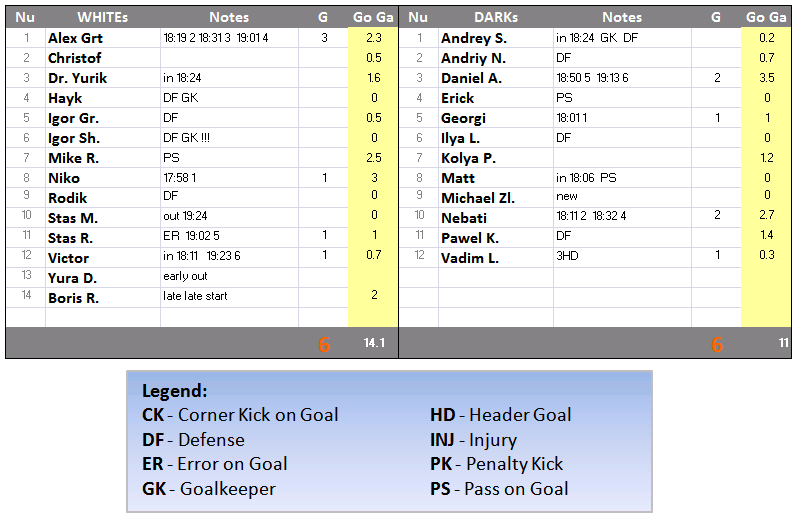 Nebati and Daniel both scored 2 goals making the score 5:3.  It was pretty sad situation for WHITEs, but 2 lucky goals within less than 60 seconds  of one another changed the sutuation completly.  It was now 5:5 and the clock was showing only 19:02.  Stas R. first made a mistatake on the goals to let the header form Vadim L to go through, but then rallied back with a goal of his own.

Daniel  and Victor scored goals number 6 for both team, and then teams played over 20 minutes without goals.  Then, suddenly everyone decides to leave.

Both teams were victorious today, and players had plenty of energy left for a photo session. 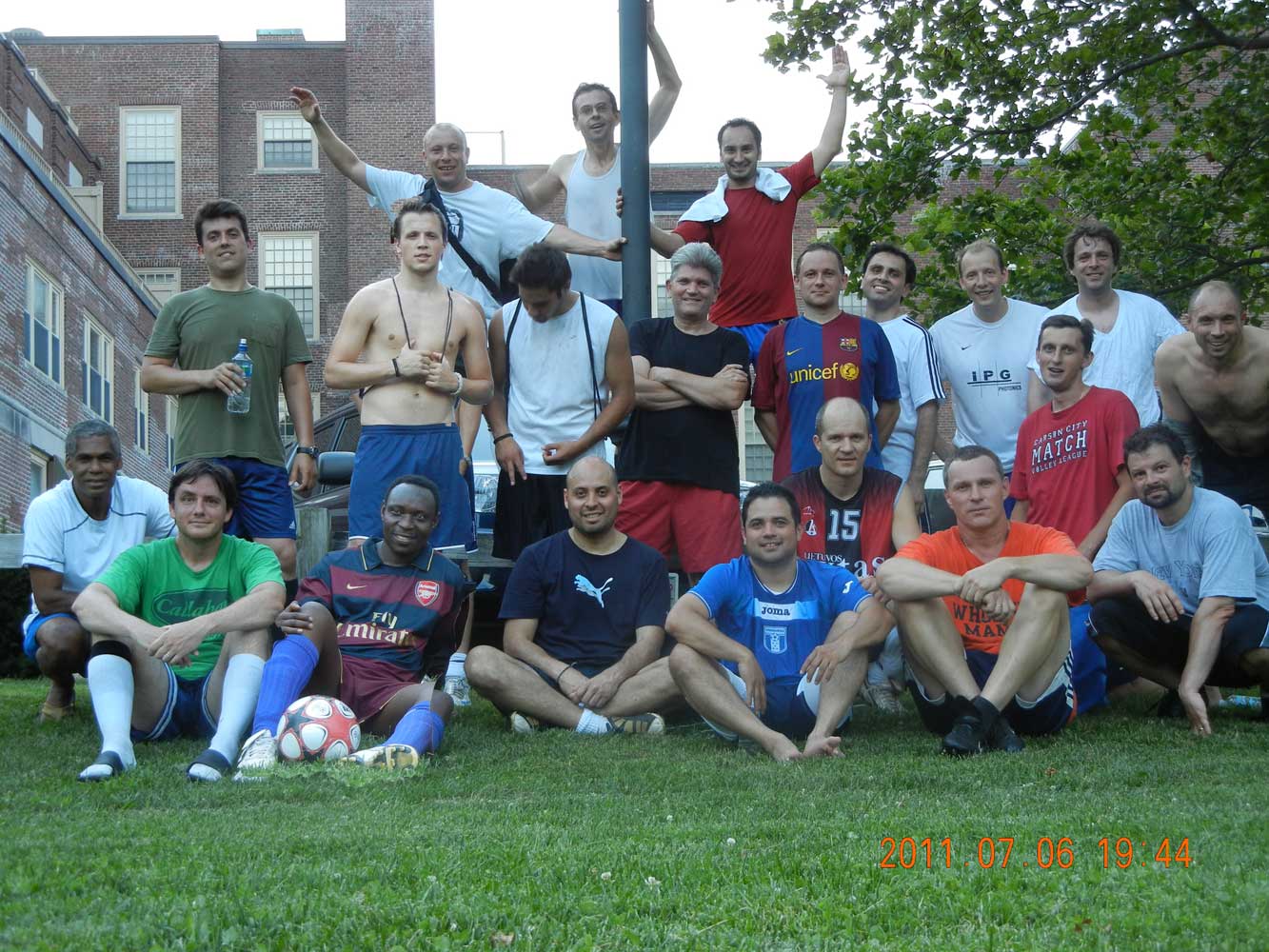 Here is a situation after 6 games.  Only players with 2 games or more are shown: