Drago and Anton set the goals.  They brought them over from a remote filed all the way to our humble quarters.  Salute to the very rare attempt to influence the surroundings, and not just wait for surrounding to change on its own volition. I thought stuff like that only happens in books.

We played from 09:34 in11 by 12 settings on a large field.  Matt had a bloody collision early in the game, and he is not shown in the game protocol.  Alex Z. switched, and he is shown as a WHITE’s player.

From an even 1:1 WHITEs build a solid 4:1 lead.  Two goals by Igor Sh. and two goals from Gelmar.  Igor (Gary) scored in his unique manner 2 a strong powerful shot – one low and one high.  Both – gold.

DARKs slowly, but surely did their homework, and scored one after another to tie.  Defense simply wasn’t a match for a explosive and decisive Ziya.  By 10:55 it was 4:4.

Igor Gr. was trying to be a good Samaritan, and applied for a goalkeeping position, but was denied.  Within seconds he ran thought the right side and bullets the ball into the net.  5:4 for WHITEs, and game immediately sassed to exist. The blow was to heavy. 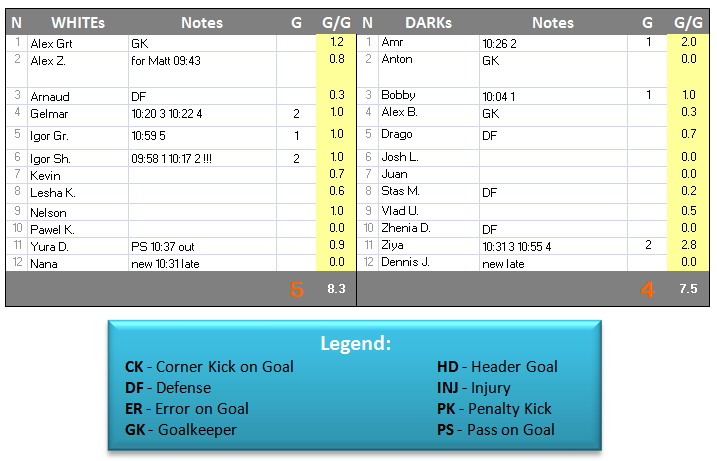 For the first time it might be interesting to look at top Goals-per-Game over-achievers:

Nelson played only 4 games, but won in every on of them. Although he is slightly bellow a one-third threshold, he has an opportunity to overtake the rest of the crew.  Here is a situation after 13 games.  If you played 8 games you are in regardless of one/third rule. 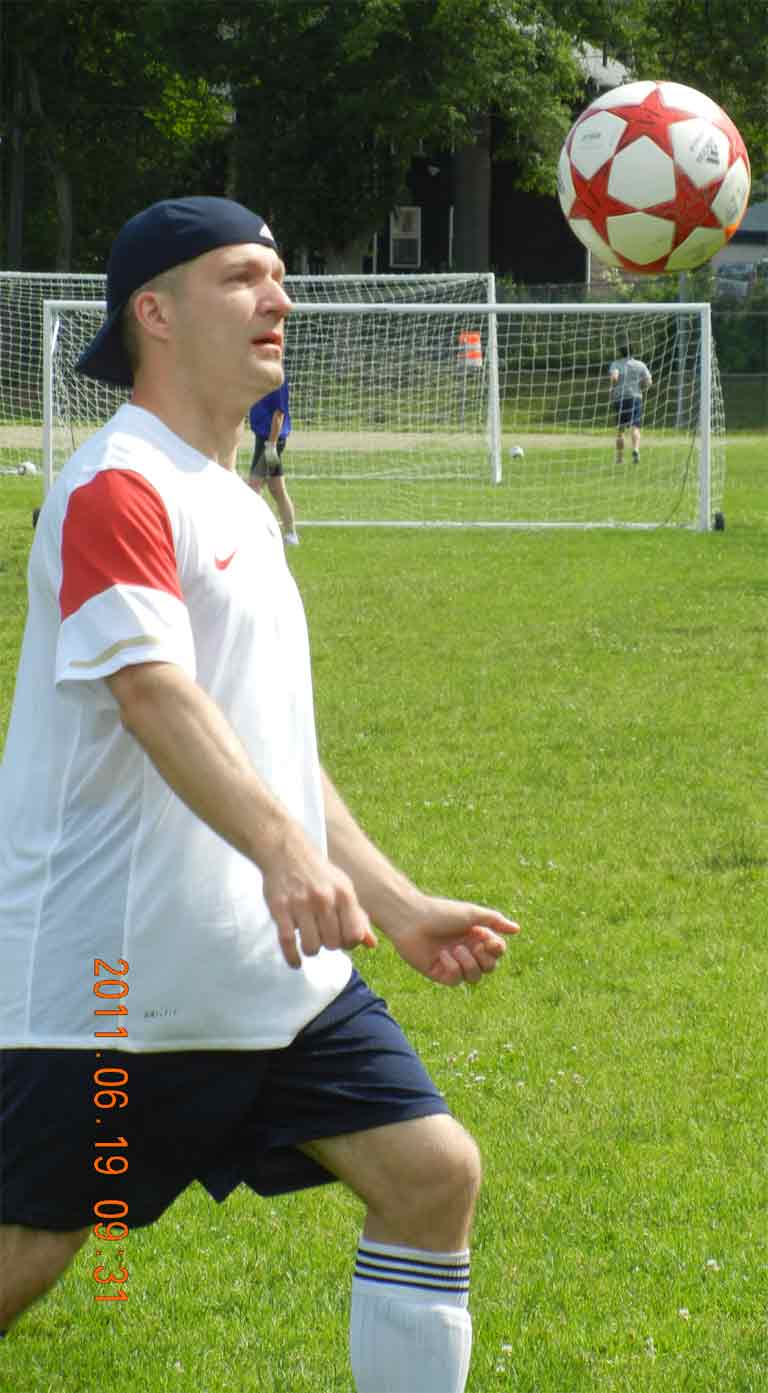 The distance between the first and the last lines in the table is now full 8 points.  It is still possible to climb all the way up or descend all the way down.