By the time  Sh. scored his first goal at 09:47 both teams already had plenty of moments and mistakes.  Moreover, game moved from small field with small goals to a very large field with medium-size goals.  Game started around 09:25 due to diligent and decisive organizational measures of Vlad U.  Both teams grew (from late arrivals) by accepting fair pairs: Stas M. and Roma, Grisha Rom. and Misha P., Josh and Misha Y.  Who was the pair for Misha Tax?  Vadim L. was the pair!  So, at least 8 people arrived late to the morning game.  But, what is important, we all played together.  No child left behind.  Very good. 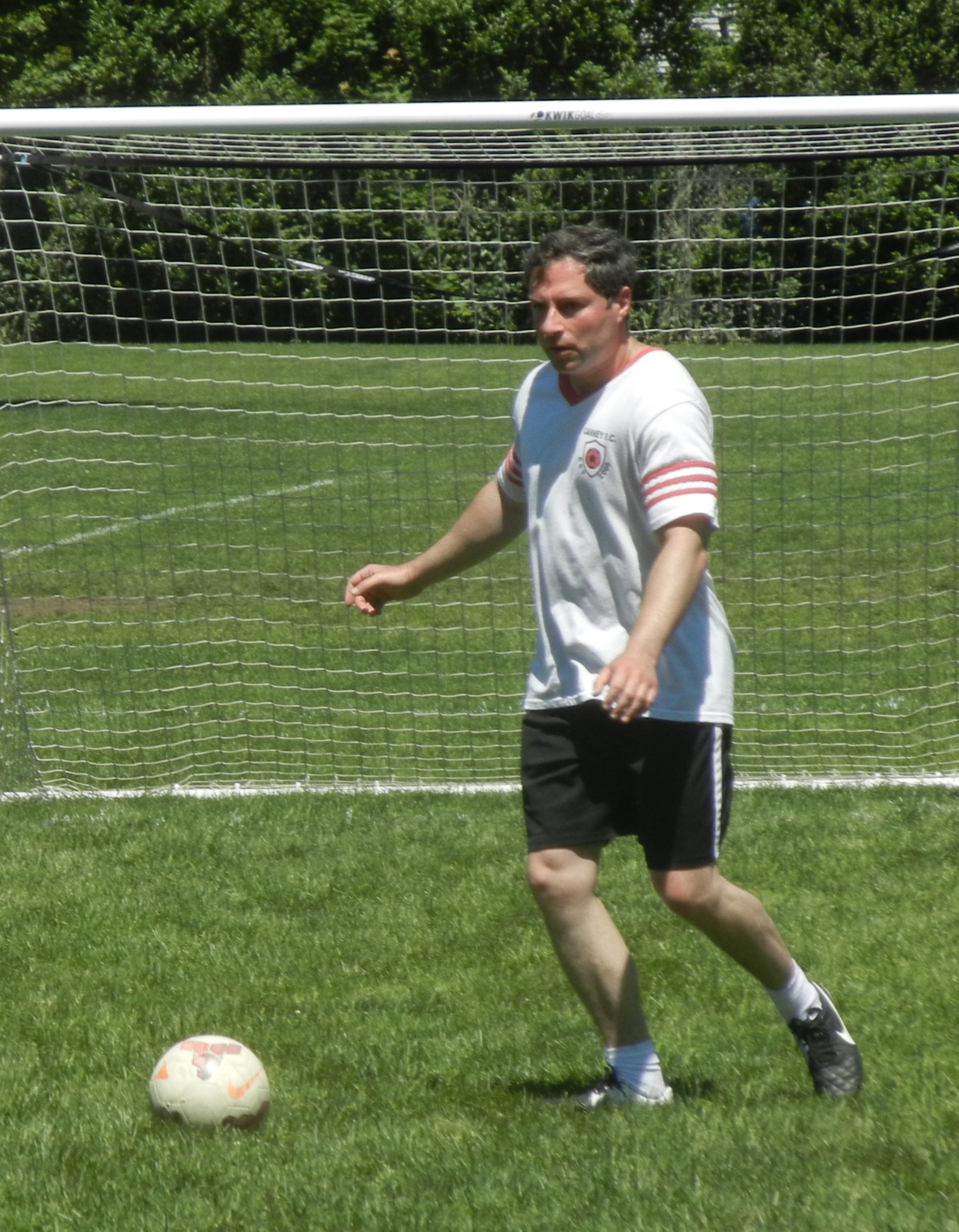 09:55 – 1:1 – after a corner (who did it?) Ruslan hit the ball from a very sharp angle.  Ball slowly hit the GK (Alex Z.), slowly bounced to the post and slowly barely crossed the line.  Goal!  For some nearby  it look like ball crossed the line completely.

10:20 – 2:2 GK was moving away from the post to cover possible pass, but Yura D. hit and scored in the near corner.  It was impossible to react.  Very pretty goal!  This goal was very painful for the GK.  Not physically, but emotionally.

10:35 – 3:4 – Zhenia V. gave a calculated pass to Misha P.  Misha as yesterday had time to react.  Only this time hi hit the upper post.  But Stas M. was right there and  Josh (GK) already could not save the situation – too close to the goals.

10:50 – 5:4 – Boris Sh. did not wait after a pass from Alex Z.  Hit hit the ball immediately, and ball goes slowly into the corner.  Boris Sh. did not like this goal for some reason?  This is his goal number two.

10:52 – 5:5 – Vlad U. left after this goal in frustration.  Ruslan scores in a near post with light tough after a series multiple mistakes and mishaps.  Now WHITEs are down and crisis is looming on the horizon

11:08 – 8:6 – Grisha Rom. – it looked like every offender had a chance to score, but final honor goes to Grisha Rom.  Ball was almost there several times, but it just did not want to go in.  It had to be forced into the net. 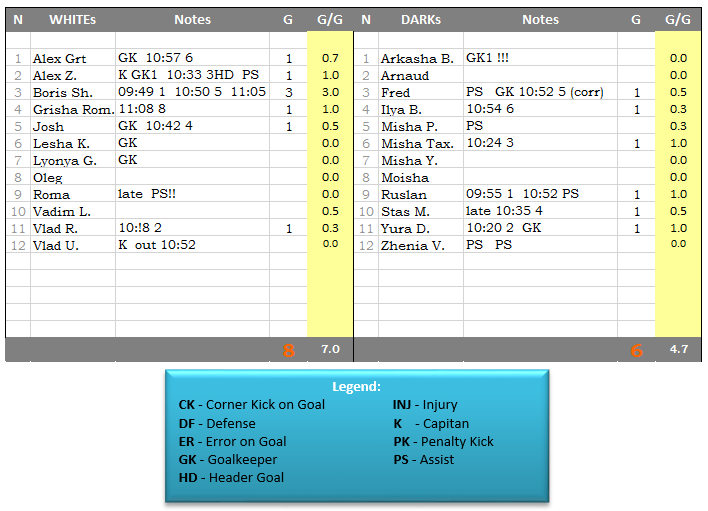 A very healthy 40 people played in the first two games of the season: