Marat asked, “How long does it take to finish all the calculations?”  Let’s see. We started typing at 20:13. We continued during supper and through “You Think You Can Dance”.  Then Photoshop misbehaved, and that hold us back significantly.  All in all, it takes about an hour and a half to finish a page like this. 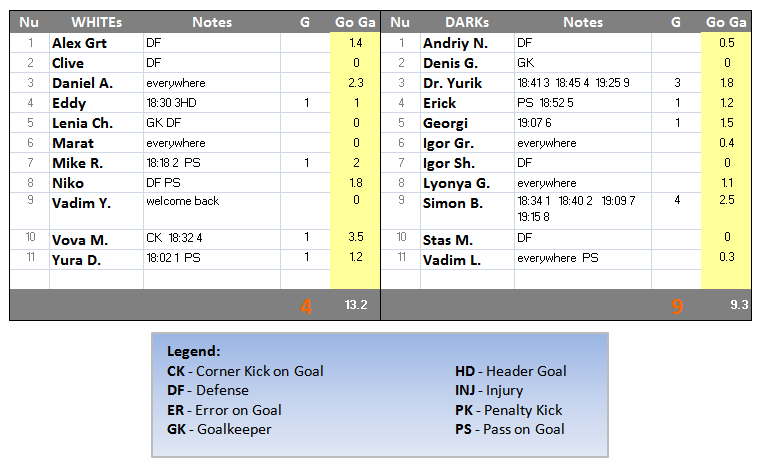 The game started at 18:01.  And WHITEs had a wonderful time scoring, and even  some luck defending.

Lenia Ch. was guarding the WHITEs’ goals all this time.  WHITEs reach their highest point at 18:32 (4:0) with a series of beautiful goals and passes evenly distributed between Eddy, Mike R., Niko, Vova M. and even Yura D. 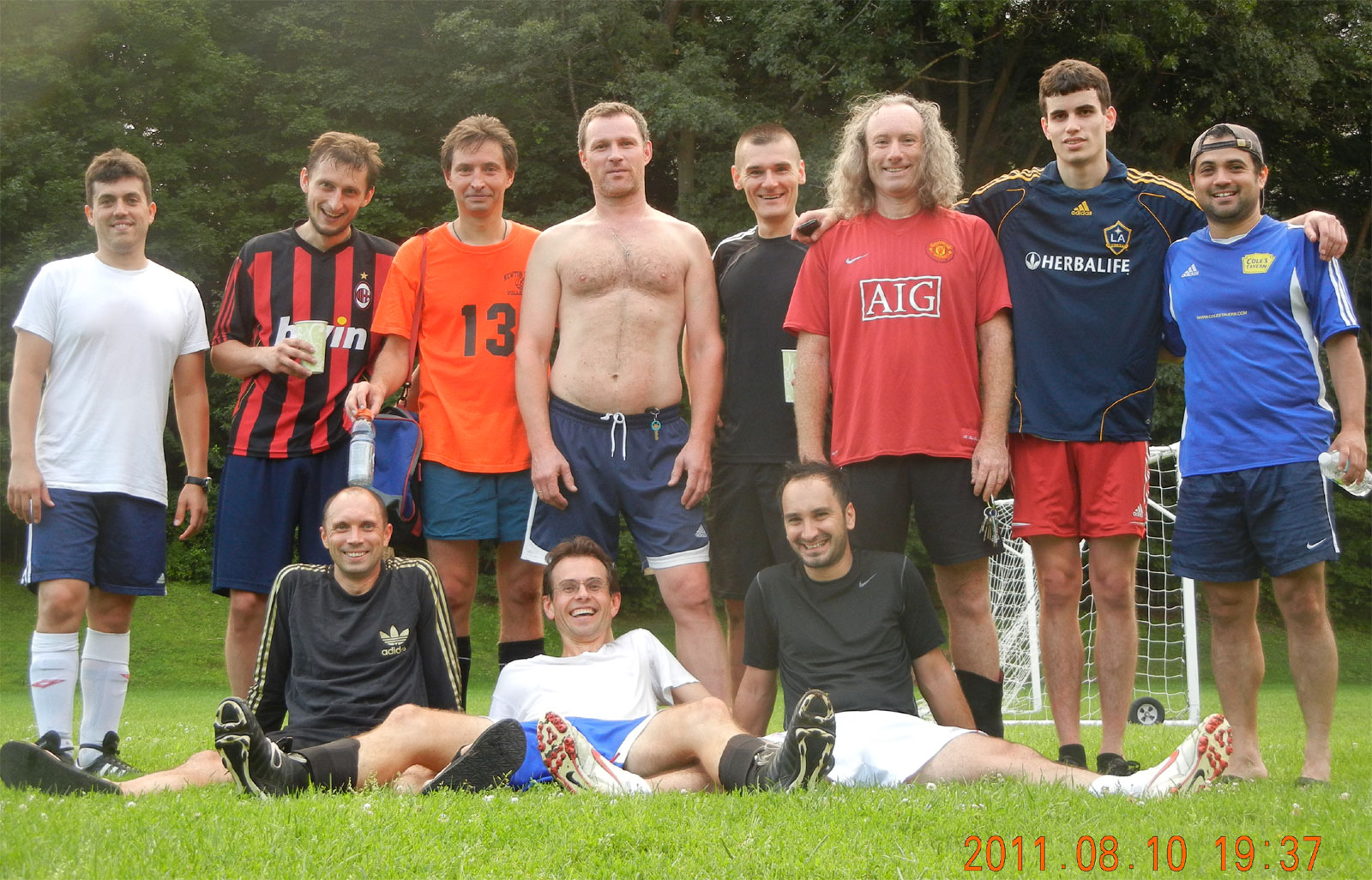 The crash started with a “curious” goal, when ball rolls underneath prostrated goalkeeper Vadim Y.  After that goals were scored “on a regular basis” by the entire DARKs’ offense crew.

Goal number 6 (19:07) for DARKs is recorder without a name.  It is awarded to Georgi, but may be you remember better.

After 9 (Nine!) goals in row people begin to gravitate to their cars.  And now statistics shows that WHITEs had a much, much stronger team.  Good job DARKs!

Game ended at 19:29 under a bright skies.  We even had some energy left to the photo-shoot.  Now we have one of the most cheerful after-the-game pictures.  Remember, how tough the was, and still everyone is smiling.