Another very interesting game.  This time we played on a huge field – 25 players on the turf.  Despite overwhelming advantage on paper (Zhenia T, and Vlad R.) WHITEs did not materialize their advange for a very very long time.  At 11:123 WHITEs where even up by 2 points, it was all ended at 11:24 when Zheia T. scored two quick goals – 3:3.

Even after such a blow, WHITEs continued to play well few more minutes and Vlad 2 scored his second goal and a header – 4:3.  But that was all.  After that DARKs were completely dominating everywhere on the field and quick passed were tearing WHITEs defenses into shreds.  Game was interesting and competitive, but result was predictable and fair.

A quick note about Style:

We noticed that both Zhenia T. and Sasha V. practice a very conservative soccer style with a subtle leadership and without loud outbursts.  They try to involve all team members  through careful passing, and they personally spend a lot of time in defense.  Only after several preparatory passes we would see an ambitious long distance pass that relies on a fast running and creative thinking on the receiving end of the pass.  Watching this, we are constantly under impression that they play only half as strong as they potentially could.   And all this is great for raising our group overall level to a new high. 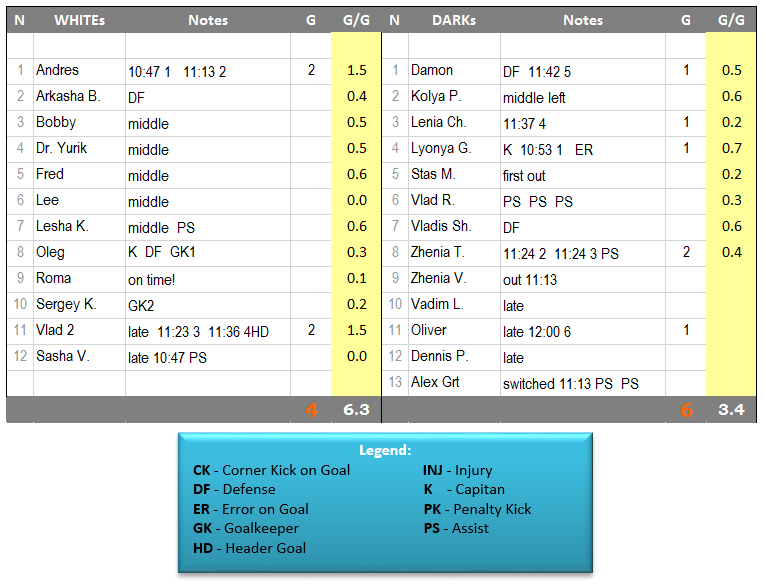 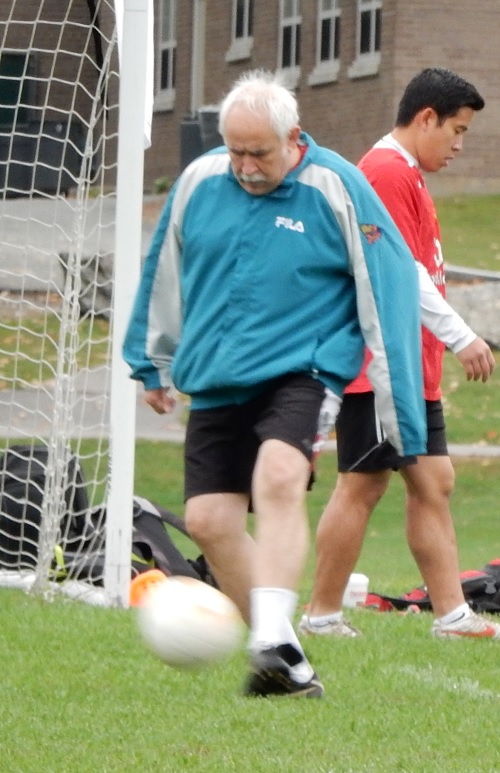